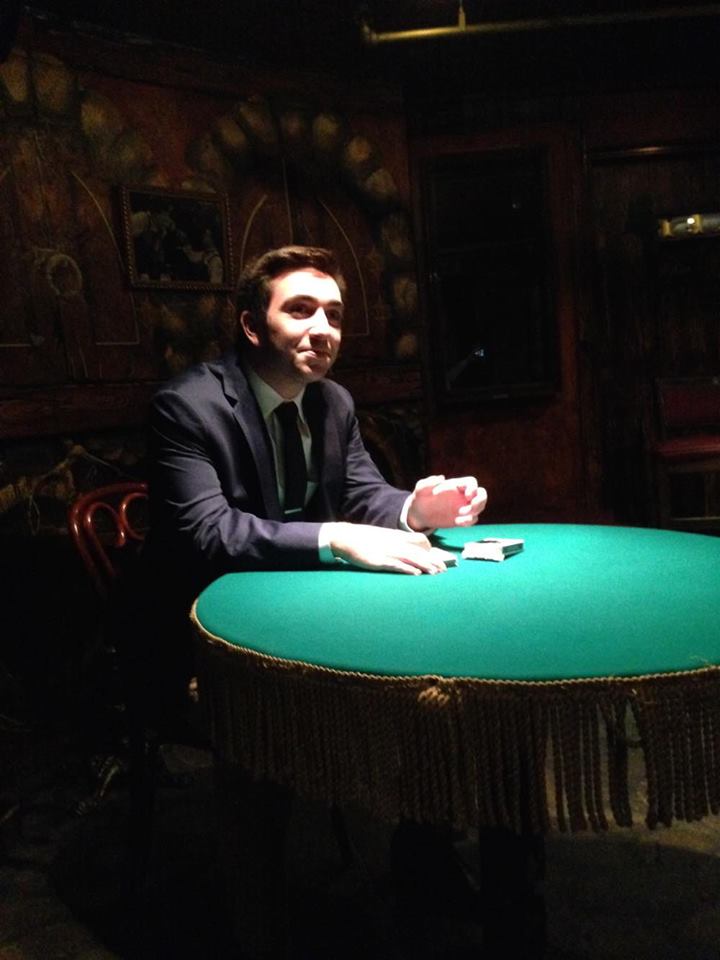 There have been some great magicians: David Copperfield, Penn and Teller, Lance Burton, and of course Harry Houdini, but there is another name to look out for–our very own Zach Davidson ‘16. Davidson is an up-and-coming magician who already has an impressive resume. Along with performing at countless B’nai Mitzvahs, Zach is a regular performer at the world famous Magic Castle in Los Angeles. The Roar sat down with Davidson to discuss his extraordinary talent.

Davidson first became interested in magic when his father took him to Las Vegas to see a Lance Burton magic show for his 7th birthday. Lance Burton asked the audience for anyone in 2nd grade to go up on the stage to help him with his trick. Naturally, Zach helped Lance Burton, and bursting with excitement told his father, “Dad, that trick, it was me.” He told us “It sounds fake and ridiculous, but it was so exciting. That was what started it all really.”

At that young age, Davidson began reading everything he could find about magic and learned as many tricks as he could. “Once I learned the basics from books and DVDs, I could create my own tricks,” Davidson told us. Now, his shows are composed of tricks that he designed himself.

The most impressive thing Davidson has done is perform at the world famous Magic Castle in Hollywood. Special guests are invited to the Magic Castle to see experienced magicians perform their craft. It is challenging for an adult to become a regular performer at the Castle, and it is even harder for a minor to do so. When Davidson was 13, he applied for the Magic Castle Junior Program. He told us, “it was an audition process and I had to show them my best five minutes of material. A month later I was asked to audition again, but this time show them a 20 minute performance because the show I do now is 20 minutes long.” After the long but rewarding audition process, Davidson was given his own show at the Magic Castle and currently performs twice a month.

Davidson is clearly talented at the art of magic, but he also enjoys the social aspect of performing. When we asked him why he loves to perform, Davidson said, “I really like connecting with people- it’s really fun and going to an event and just meeting all sorts of different people. The cool thing about magic is after I perform for them, I can have conversations with people because magic brings people together and gives us something to talk about.” He has even had the opportunity to perform for famous comedians Zach Galifianakis and Aziz Ansari at the Magic Castle.

Davidson’s tricks are very different from what people would probably expect. He mainly does card tricks. He explained that, “when people think of a magician, they think of a guy who pulls rabbits out of a hat, and my goal as a magician is to stray away from that stereotype because I don’t think it’s impressive.” Unlike most of us, Davidson is not amazed when a magician appears with a Ferrari on stage out of nowhere. Davidson added, “it’s obvious there has to be something on stage that is hiding the Ferrari”. So no, Davidson will not be adding white tigers to his act, but he still manages to leave his audiences puzzled.

Zach has surely achieved a lot, and he is not going to stop now. He does not know exactly what he will do after high school, but he plans to perform in college. “I will definitely keep doing magic. Maybe I’ll find an improv club to take my show and do it there.”