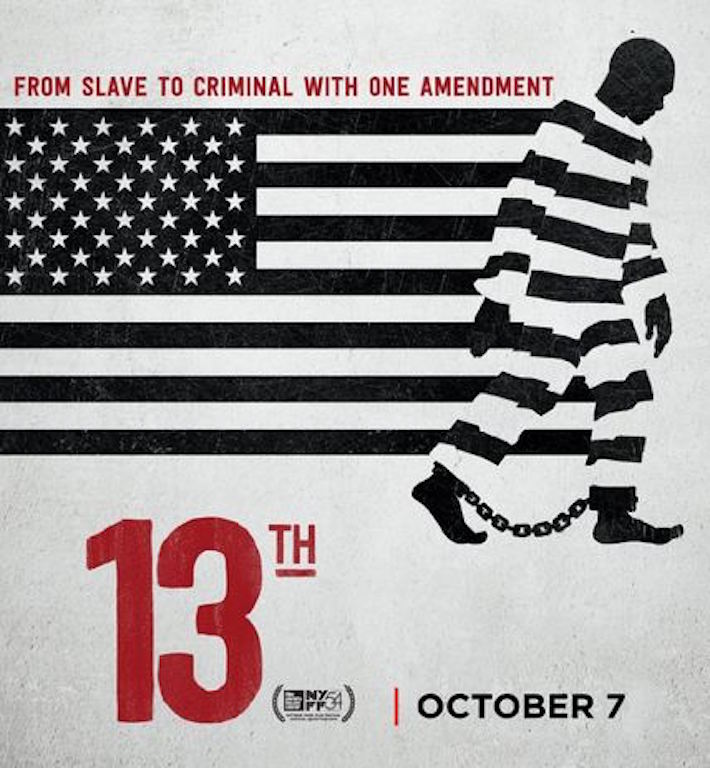 On December 6, 1865, the 13th Amendment of the Constitution was ratified by the United States government. It was the first time in 60 years that a new amendment had been added to the Constitution. The amendment reads: “Neither slavery nor involuntary servitude, except as a punishment for crime whereof the party shall have been duly convicted, shall exist within the United States, or any place subject to their jurisdiction.” In layman’s terms, slavery was deemed an injustice and a violation of the rights of Americans. The practice of slavery would never legally be practiced within our borders again.

Or so we thought. Academy Award-nominated director Ava DuVernay argues that this notion is far from the truth.. In her newest film, 13th, DuVernay puts the American Justice System on trial; with the intent to prove that mass incarceration is in fact not caused by an increase in criminal activity. The truth, she claims, is that mass incarceration is a business tactic by prison owners in bed with global conglomerates to provide free inmate labor. To put it quite simply, DuVernay claims that the United States has found a legal loophole to allow modern slavery. While this concept may seem far-fetched at first glance, 13th presents itself as a wake-up call for the ignorant, and a way to start a new conversation on the difference between being a criminal and a slave.

The film takes the viewer through centuries of African American history. From the first slaves to be brought from Africa, to the Civil Rights Movement, to the 21st century, the film compares the motives of oppressors in past time periods to potential motives of modern day oppressors.The basic structure of the conspiracy is that drug laws for cannabis and other illegal substances are not there to protect the American population, but to purposely target people in low-income areas, often minority communities, with the intent to keep prisons full. One might ask, why would the government want to keep our prisons full? Wouldn’t it cost our government more money to be financially responsible for the well being of more prisoners? According to DuVernay, this is what the government wants us to think. You see, many prisons are privately funded and run. The film claims that these prisons have joined arms with global conglomerates to misuse the words “except as a punishment for crime whereof the party shall have been duly convicted,” in the 13th amendment. This is all to fuel a scheme designed to influence lawmakers to create laws that affect low-income neighborhoods, imprisoning their minority inhabitants, and providing labor with little to no pay for these “criminals.”

13th delves into many of the finer details of this conspiracy, from how the media has lulled the American population into submission and ignorance, to the involvement of major political figures, as well as the participation of distinguished companies, such as Walmart and Victoria’s Secret, in the scheme. The film backs up its statements with interviews with historical experts on the past centuries of American history, as well as exclusive interviews with major Civil Rights era activists. We are living with the hard truth that there are more black men in the American prison system than there were slaves in 1850. There must be an explanation for this injustice. 13th is a poignant and thought-provoking documentary that challenges the public view of what it means to be American; as well as what it means to be free.

13th is available for instant streaming on Netflix.