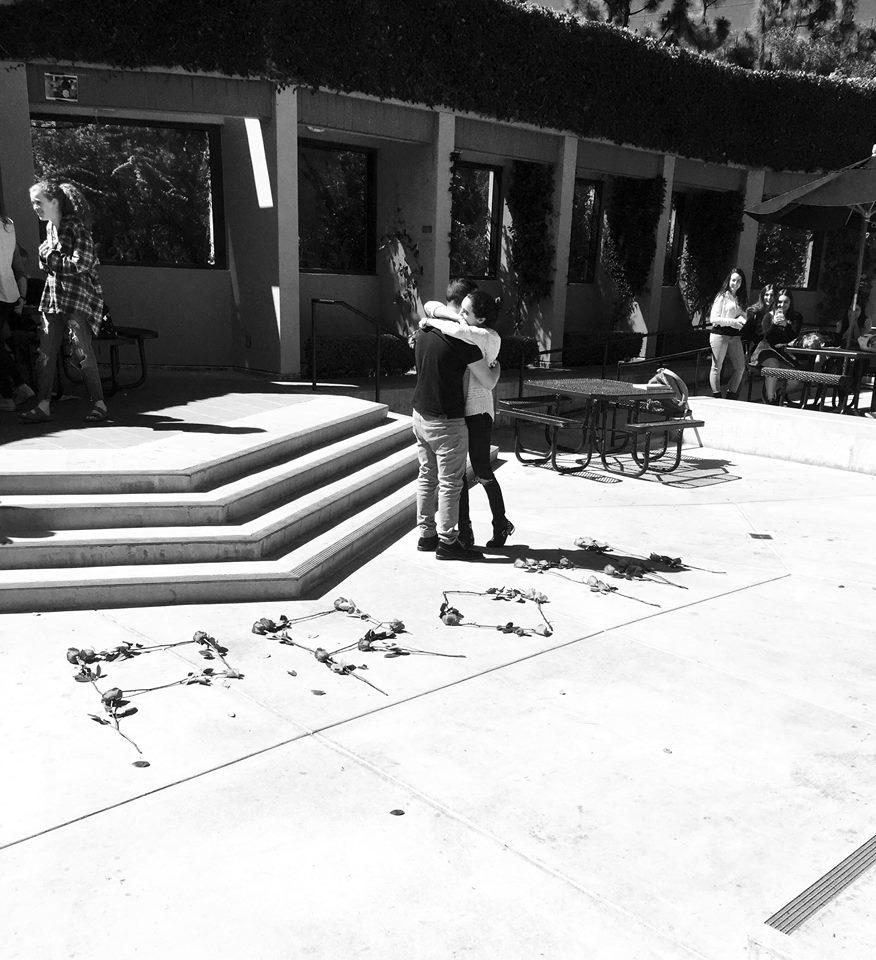 “Who’s your date for prom?”

“I haven’t been asked yet.”

Prom is one of America’s great high school traditions. It is an end of the year dance for high school seniors that is often seen as one of the most notable events in an entire high school career. By the time May approaches, prom is on almost everyone’s radar. Adults look at their prom pictures and reminisce, while high school seniors and their dates start to prepare. There is so much to think about: dresses, suits, hair, and finding a date.

Finding a date is a large part of the prom experience. Promposals have taken over the internet. Social media is flooded with boys asking girls to prom in creative and witty ways.

Milken has taken part in the Promposal trend as well. Over the the past few years Milken Senior boys have been getting increasingly more and more creative when asking their dates to prom using banners, roses, and and an abundance of balloons.

The girls’ reason for asking dates ranged from wanting to beat their boyfriends to it, or having a lot of cool ideas they wanted to use. A lot of Milken girls do ask dates, but not in a public manner. It is very common for the girls to ask a friend who goes to a different high school to go with them.

Milken for the most part hosts a very traditional prom with one exception: no prom king or queen. These are awards given to one senior girl and one senior boy, elected in a school-wide election before prom. Milken not partaking in this tradition makes sense; prom King and Queen is a popularity contest, which does not match Milken’s values. While Milken chooses to encourage some Prom traditions such as date asking, they reject other traditions.

Women have made so much progress gaining equal rights, yet high school girls continue to wait to be asked to dances. Throughout a young girl’s education she is told that she is equal to boys in every way. Girls are encouraged to be athletes and scholars, just like boys are. It doesn’t seem fitting that young women everywhere spend their whole high school careers taking control of their future, only to end it waiting and worrying about being asked to a dance.