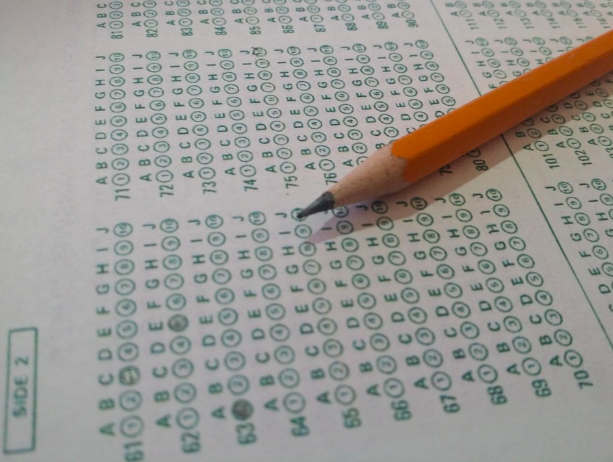 11th-grade students all around the world are stressing about taking the upcoming ACT or SAT this fall. One specific concern of many students is determining which test is the best fit for them.

One of the major differences between the two tests is timing. The ACT demands that students answer more questions in a shorter amount of time, while the SAT provides students more time to answer each question on all sections of the exam. However, many students explain that the questions on the SAT tend to be harder than the questions on the ACT. One student who prefers to remain anonymous explained,” I’m taking the SAT because I feel too rushed for time during the ACT. Even though the SAT is harder and longer, I’d rather be able to take my time.” On the other hand, a student who decided to take the ACT explained they “personally can’t sit that long for each section and concentrate.” This student also expressed that they “tend to overthink their answers on the SAT too much because of the extra time on the test.”

Both the ACT and the SAT have four different sections. The difference between the two exams is that the SAT has two math sections, one with and one without a calculator. The ACT, however, only has one math section. Students who are strong in math might want to consider taking the SAT, because the math section accounts for half of the total score of the exam.

Students who struggle with math often find the ACT to be more suited for them because they are allowed to use a calculator for the entire math section. In addition, the math section is only a quarter of the ACT composite score.

While many may be anxious about not knowing which test is the best fit for them, there are many ways to help figure it out. There are both practice ACT and SAT tests that can be done through certain schools, or an outside companies. After taking both tests, students can compare their scores and see with which test they experienced the most success. However, the initial score isn’t the only way students can determine which test is better suited for them. Sometimes students may do better on one test, but feel more comfortable taking the other test. In this case, students can hire tutors to help them improve their score with the test that made them feel the most comfortable.

Donna Lazar, an ACT and SAT tutor from the A-List Company, summarized the main takeaways to consider when thinking about which test to take: “The content on the math section on the ACT is more extensive than the content on the SAT. The SAT tests fewer concepts more deeply. The SAT reading section has five passages instead of four, and it incorporates some graphing. The passages on the SAT are denser and more varied than the ACT passages (you don’t get an “old-timey” passage on the ACT).The timing is also a big difference. On the ACT you get about eight minutes and 45 seconds per reading passage, but on the SAT you get 13 minutes. For the calculator portion of the math section on the SAT you get about a minute and a half per question, but on the ACT you only get one minute. The biggest difference is the science section on the ACT. There are few questions on the SAT reading section that test a similar skill, but there is not a full section that tests on scientific thinking.”

Overall, some students will feel more comfortable taking the math-heavy SAT, while others will prefer to take the quicker, but science-inclusive ACT.  Each student should take the time to practice with both tests so that they can make a knowledgeable decision about which test is the best fit for them!