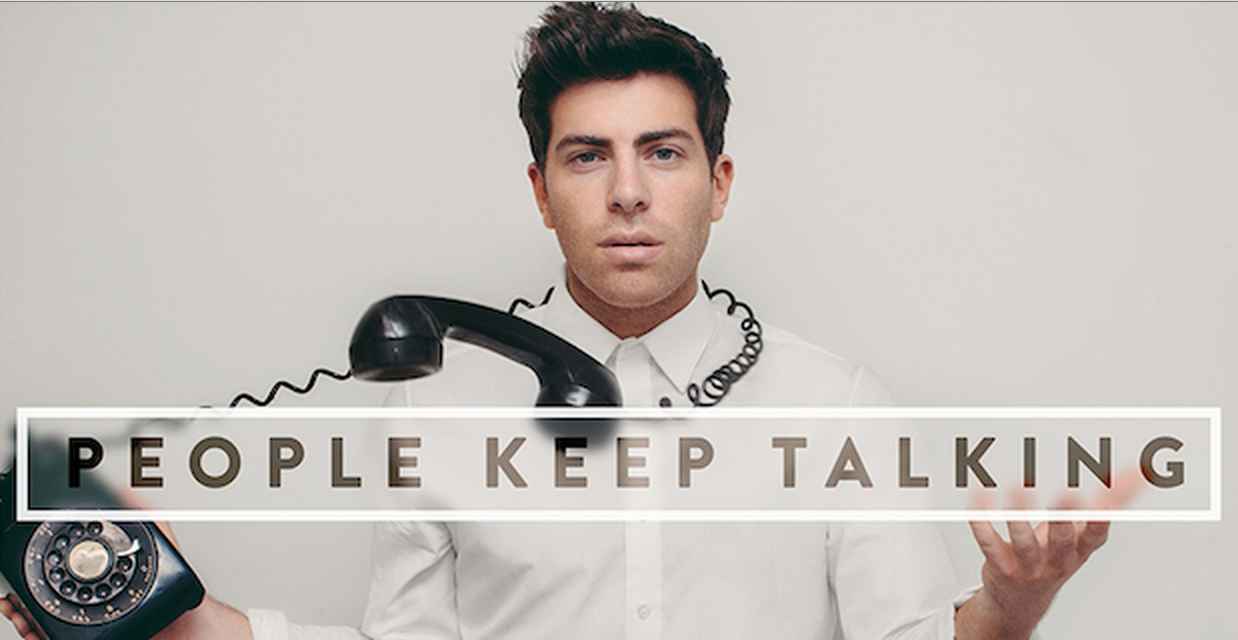 “Let’s get it Bar Mitzvah poppin!” This is a line from the lyrics of Jewish rapper, Hoodie Allen, and his new song, “Won’t Mind,” featuring M.A.X. Hoodie Allen has recently emerged into the mainstream media in accordance with his new album “People Keep Talking.” The 26 year old rapper from Plainview, NY is finally living out his dreams on his world tour.

Hoodie Allen, a stage name for Steven Markowitz, is a play on the Jewish director and actor, Woody Allen. Allen began writing raps when he was 12 years old but decided to stay out of the industry when he got a job from Google after graduating from the University of Pennsylvania. Allen ultimately quit his job at Google to pursue his dreams of being a rapper and felt some relief from his decision following the release of his first EP, “All American.”

“All American” debuted at number 10 on the Billboard 200, featuring hits like “No Faith in Brooklyn” and “No Interruption.”

What makes Allen different from other rappers is that he is self made and has already accomplished so much without any record labels. The leadoff song with the same title of his new album, “People Keep Talking,” is Allen singing about how people are always telling him what he can’t do and how he has decided to follow his own path. He has self-funded his music and music videos, and has seen tremendous success with his top music video, having over 18 million views on YouTube.

Hoodie Allen was one of MTV’s 2015 Artists to Watch. He performed a concert that was streamed to viewers all over the world.

The young rapper has just announced a summer tour with Wiz Khalifa and Fall Out Boy. He has promised his fans some new music for the tour as well. You can catch him August 10 at the Hollywood Bowl.