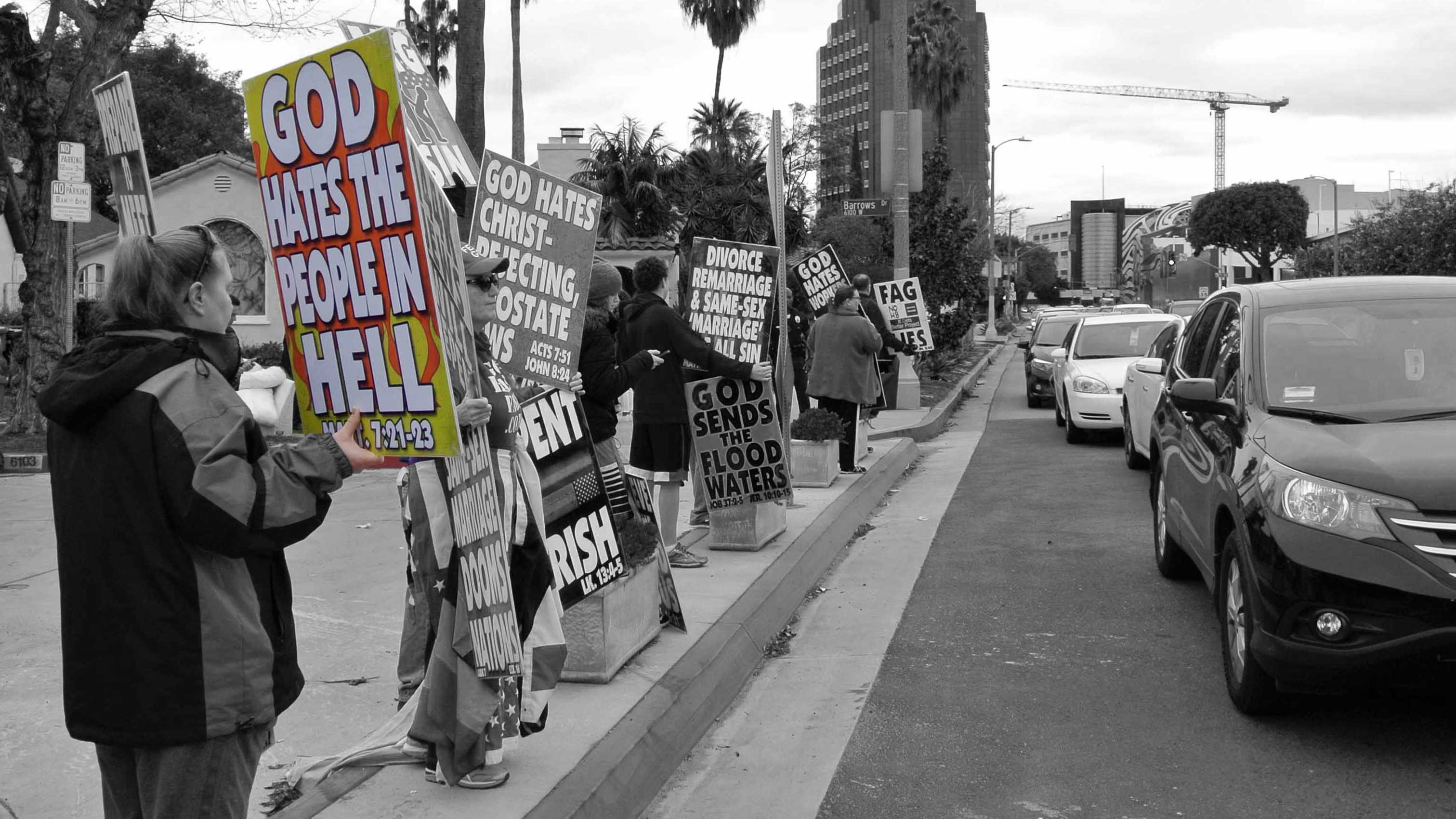 The Westboro Baptist Church, a religious group known for their hate rhetoric, announced last week that they would “bring gospel to some Jewish youth” at Shalhevet High School in Los Angeles on February 27, 2017. The Kansas based church, established in 1955, historically opposes Jews, Muslims, LGBTQ+, soldiers, politicians, and even Catholics – citing strictly biblical verses.

We started by asking him about the significance of Shalhevet out of all of the Jewish institutions in the country. His first reason pointed to the fact that they were in Los Angeles protesting the idolatry at the Academy Awards. However, once in LA, there was really nothing special about Shalhevet. He couldn’t even remember the name or how to pronounce it until he looked at the sign on the building. His “target audience” for preaching is all Jewish youth.

“Obama is antichrist” has become one of the group’s messages since President Obama’s second election in 2012. When asked about this, he said that there are actually many antichrists, Obama just being one of them. He then cited John in teaching that anyone who does not believe in Christ is in fact the antichrist. He concludes that this must mean that all modern Jews are antichrists and, therefore, are sinners and must repent. Being so anti-Obama, I asked him about the current Trump administration. Trump is in no way affecting the group, he says. They do not align themselves at all with Trump as he is, “a pride-filled adulterer,” and this is just what he says that Jesus predicted. I asked about the hate speech and questioned its productivity. He firmly believes that the Westboro Baptist Church is spreading a message of love. They stress that God is the one who hates. They are trying to be “loving” by informing people of their sins and how to repent them. Despite their passion, there was a fairly small turnout – around 12-15 picketers and just a handful of observers. Many Jewish organizations urged the community to not attend so as not to draw attention to or escalate the situation. There were two people counter-protesting and a few members of the press. Still, the interviewee was satisfied with the turnout. His goal was to spread his message to Jewish youth – even in extremely small numbers. The Jewish institutions in the area wanted to respond not by engaging in protest, but in spreading a genuine message of love and positivity. Some students from Milken, deToledo, and YULA Girls joined in solidarity with the Shalhevet student body for Shacharit, morning prayers, at an offsite location (for security purposes). The picketing fell on the first day of the Jewish month of Adar – a time for joy and celebration, ironically. Shalhevet faculty reminded the students of the concept of “v’nahafoch hu,” (to flip the situation upside down). After morning prayer, the group worked on chesed (charity and kindness) projects. Students wrote letters to veterans and packaged “Shabbat Boxes” for families to celebrate Shabbat from inside a hospital. 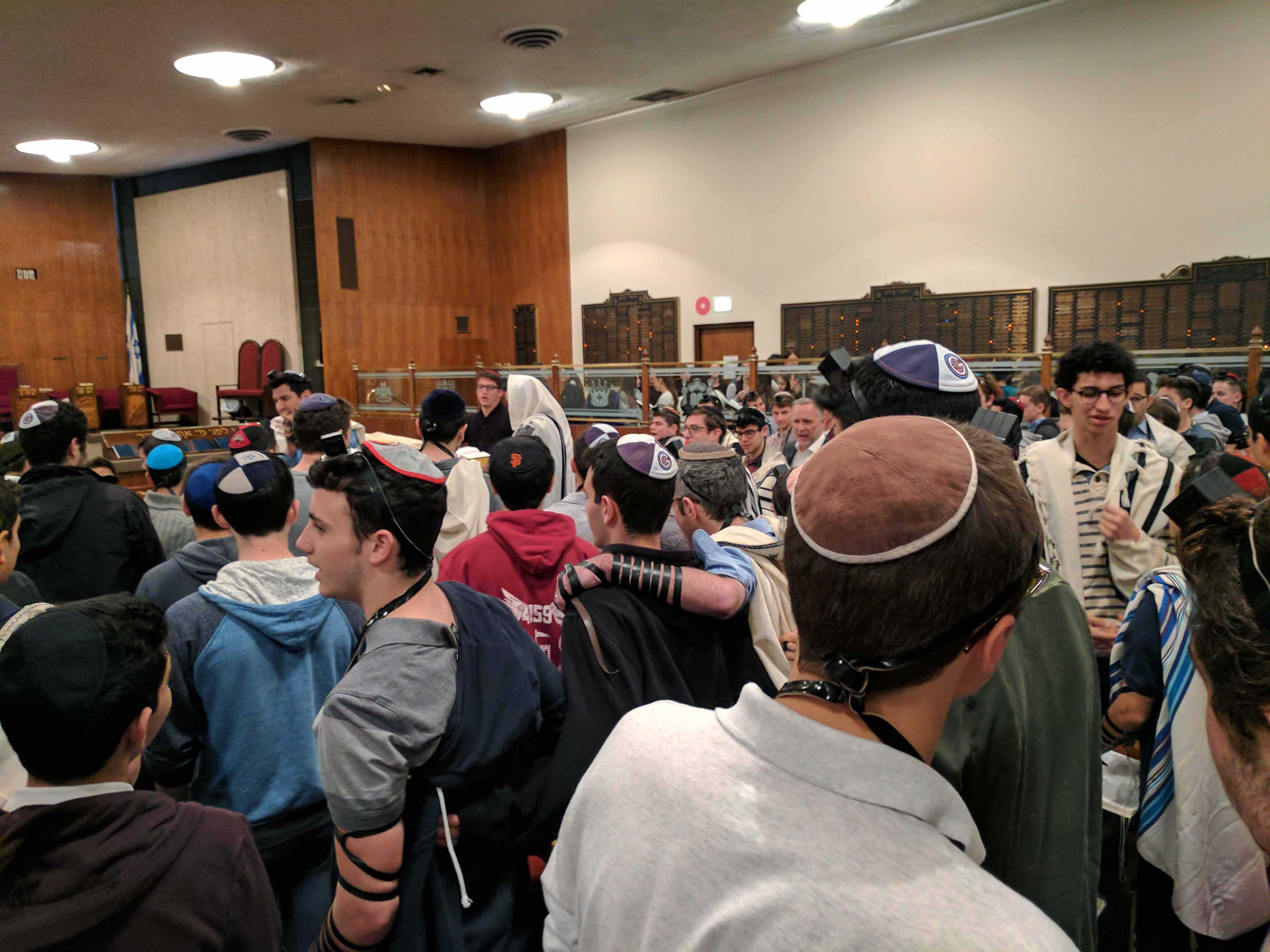 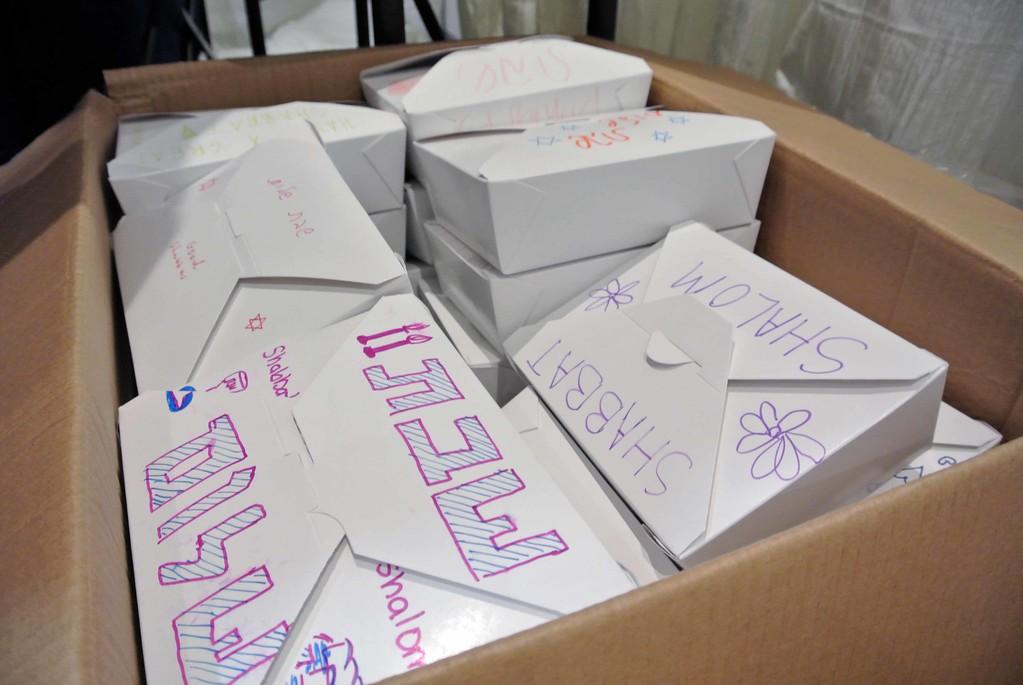 Finally, the students made signs spreading positive messages as they marched from the offsite location to Shalhevet.

See more photos and videos from the day here.