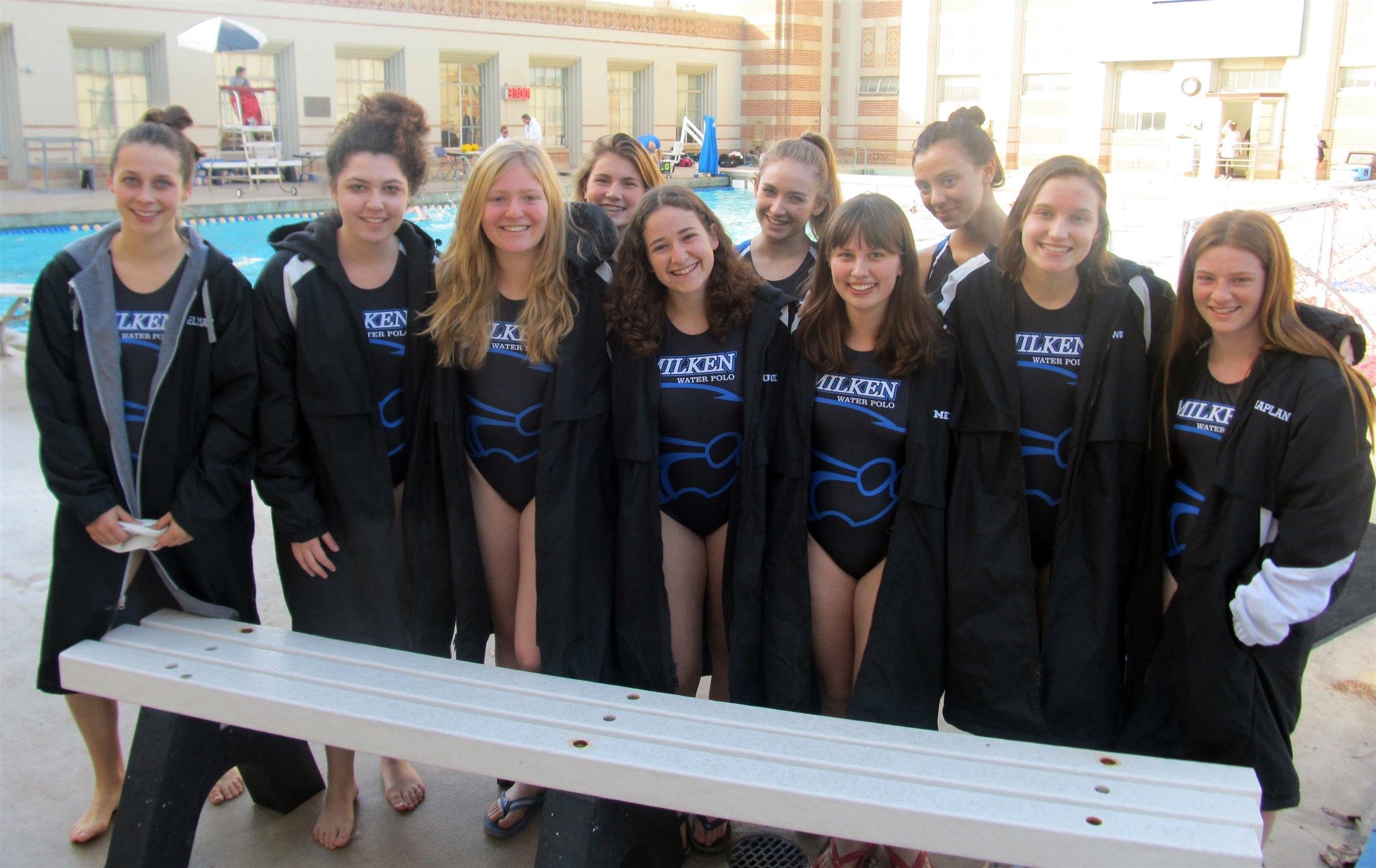 Unlike most contact sports, where the action is clearly visible, water polo has a hidden side of vicious physicality. This year’s girls water polo team can be easily defined with one word: consistency. They started their season in November and despite the fact that they have not experienced victory this year, the team has made significant improvements. Despite their struggles, the team certainly has some very intriguing stories about the horrors of water polo.

Natalie Ross ‘16 played set, the position centered in front of the goal, in a game during her freshman year. As she guarded one of the opposition’s girls, she recalls, “The girl had one hand on my neck and the other on the back of my suit and started pulling me down.” Natalie could not unclasp the hands from her suit and was “clearly struggling,” but the referee still did not call a foul. This continued for another two quarters and then escalated into the girl scratching and punching Natalie while underwater. Natalie felt as though she could not breathe and went as far as to scream for help. When she came out of the water a teammate noticed blood gushing down her leg and choke marks around her neck. Ross was especially disappointed with the ref’s inability to call a foul even after her injuries.

Ariel Zhogi ‘19 also had a traumatizing experience playing this vicious sport. She remembers swimming and trying to score a goal when “a girl yanked my bathing suit, scratched my arm, and pushed me underwater to the point where I felt like I was drowning.” Looking back on that day, Zhogi reflects, “That was not okay at all.”

Captain Elle Melmed ‘16 recalls guarding a girl and expecting her hands to be on her shoulders, as this is a standard position. Instead Melmed explains that her opponent “punched me really hard in the chest and dug her fingernails into my shoulders.” Melmed didn’t appreciate the gesture especially when her opponent looked her in the eyes and said, “That’s water polo.” Melmed made sure to give her an especially large smile when shaking her hand after the game.

Naama Shemesh ‘16 remembers being attacked as she was swimming during one of her first games as a junior. Since she did not yet have the game suit, her spaghetti strap swimsuit gave ample opportunity for her opponent to “completely pull it down.” On top of that, the opposer kicked her in the stomach. To this, Naama replied, “I don’t think that’s legal, that’s really rude.” As the girl swam away, she was answered with a sly, “That’s the game.” Shemesh looks back on this as “just one of the few fun times I have had in water polo.”

Although there is much to be seen above water, these underwater battles often fail to reach the surface. They are the unspoken, yet most significant parts of the game.