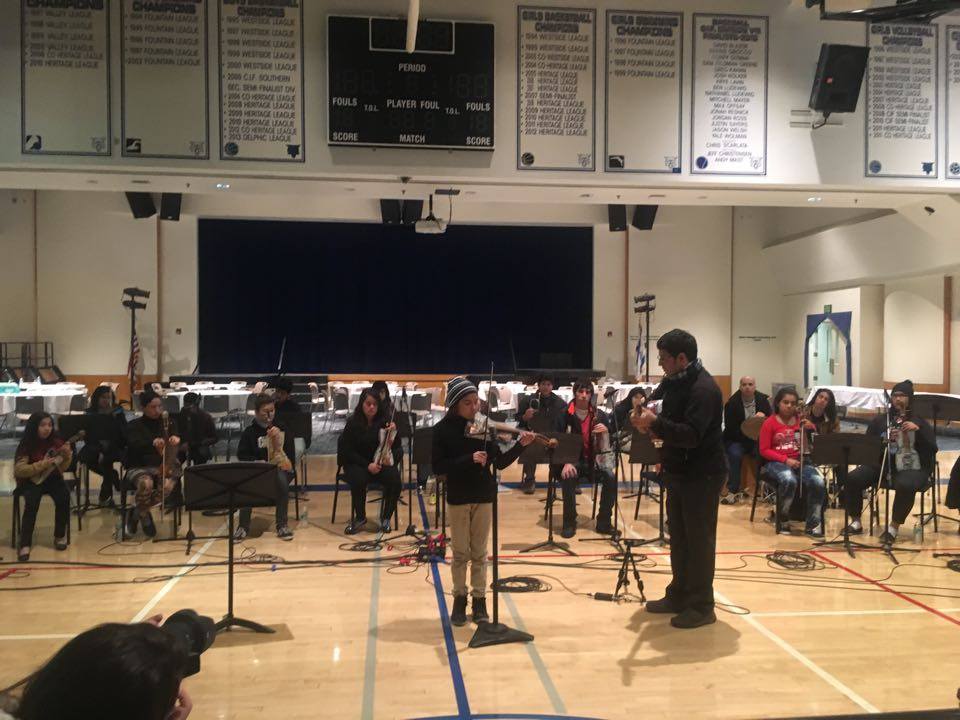 On Tuesday, November 17th, Milken had the pleasure of hearing The Landfill Harmonic, a Paraguayan orchestra comprised of young adults that have created incredible instruments from trash. The group is from Cateura, Paraguay, which is one of South America’s largest landfills. Using the trash from the landfill they created world class orchestral instruments. These children were born in unfortunate circumstances. However, conductor and music teacher Favio Chavez came up with the idea of the Recycled Orchestra. His idea would eventually teach these children the power of music and that anything is possible They now amaze audiences worldwide with their music and inspiring story.

40% of the children in Cateura do not finish school because their parents need them to work in the landfill. Chavez noticed this when he was researching waste and recycling in Cateura. He  decided an appropriate response would be to use music as a way to get the children out of their imposed circumstances. More and more parents wanted their children to take music lessons form Chavez, however they did not have enough instruments. Chavez came up with the idea of recycling the trash into playable orchestral instruments. The world did not learn of this group until a short video about the Landfill Harmonic was published to YouTube. The video currently has over three million views and the lives of these children have been forever changed. The group had a special on ‘60 Minutes’ and a feature film was made.

Milken students were incredibly impressed with the caliber of music that was able to come from instruments made of trash. The group played the powerful and recognizable piece “O Fortuna”. It was a very interactive performance, as Chavez spoke to students and answered questions. He explained that their violins were created from tin cans and plastic. Our very own Tammy Shine ‘17 got a chance to play violin with the Landfill Harmonic and described the experience as “a chance to interact with such an inspiring and incredible group of people who are the real MVPs when it comes to overcoming adversity and adding beauty to our world.”

Now, the group travels the world sharing their amazing story. Their travels have included North America and the United Kingdom. In Los Angeles they met Venezuelan conductor of the Los Angeles Philharmonic, Gustavo Dudamel. They will go on from Los Angeles traveling the country sharing their story and music. All Milken students agree that hearing the Landfill Harmonic was a wonderful cross cultural experience.