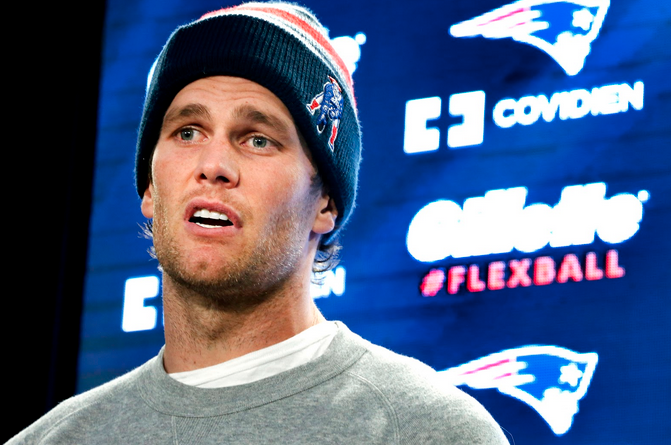 For over a decade, four time Super Bowl champion Tom Brady could do no wrong. Multiple MVP’s, countless All-Pro selections, and record setting seasons put Brady in the conversation for the greatest of all time. But this spring we were introduced to a different side of Tom Brady- His human side.

Not long after defeating the Seattle Seahawks in Super Bowl 49 and earning his astonishing fourth championship, the National Football League released a report that held Tom Brady practically guilty of cheating. The report stated that in order to gain a competitive edge, Tom Brady knowingly asked equipment managers to deflate footballs below the regulated level.

But why would the superhuman, Tom Brady, need to cheat? Brady was the 199th selection in the 2000 NFL draft and talked about how this not only put a chip on his shoulder, but inspired him to constantly prove himself. One would think that his numerous accolades and records would prove to Brady that he is an all time great, but like most humans, Brady fell victim to his own neurosis.

Like a student who cheats on a test even though he knows the answers, Brady took unnecessary action to be reassured of his greatness. While not entirely fair, Brady’s misdemeanor has been compared to those committed by professional athletes who have used performing enhancing drugs (PHD’s) in order to get ahead. While said athletes are physically altering their bodies to gain an edge and Brady is simply altering footballs, both crimes are perpetrated out of a lack of confidence or self belief.

So why won’t Tom Brady confess his wrongdoings? With his legacy on the line, it is no wonder why his immediate reaction is to deny these actions to his grave. But does Brady really think that denying guilt is the best option  to move past this fiasco and reclaim his legacy as one of the greatest to ever play the game?

As of now, Brady has been suspended for the first four games of the upcoming regular season. Not only will Brady suffer by not being able to play, but his suspension will cost him roughly 1.8 million dollars. Nonetheless, Brady is appealing these consequences and will have his hearing on June 23.

With piles of evidence and the world against him, Brady’s chances of winning this appeal are very slim. So what should the next step for Tom Brady be? It is rather clear that the best and only way for Brady to move forward is to own up to his mistakes and apologize. The Jewish tradition talks about the act of teshuvah and the process of repentance. What Brady is doing by denying these accusations is digging himself a deeper hole. By getting in front of the media and admitting to the world that he made a mistake, Brady would be allowing the world to move past his wrongdoings and would restore the not only his integrity but the integrity of the game.