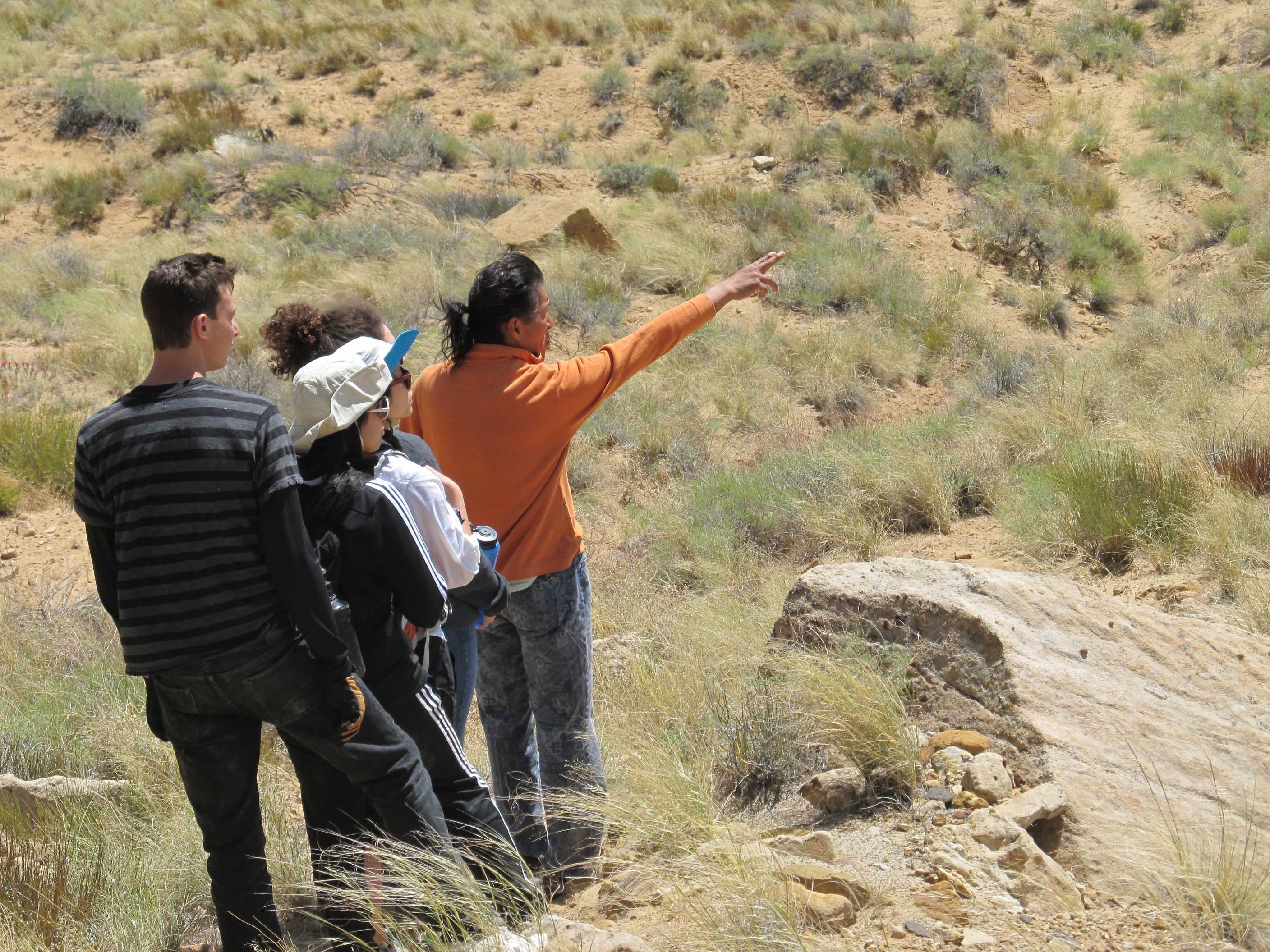 Milken’s delegation of 12 students and two faculty members went on the Hopi Nation Tiyul on a Native American Reservation in the middle of the Painted Desert in Arizona. The main purpose of this tiyul was to learn more about the unique and isolated culture and traditions of the Hopi people. After a 10-hour train ride and an additional hour car ride, the delegation found themselves in a very different environment than they were used to, one that consisted of very few establishments. The Milken representatives camped in the front yard of their hostess’ house for four nights where they could look up at a sky lit with stars and be one with nature.

One of the main highlights from the Hopi Nation Tiyul was spending time with Hopi students at Second Mesa Day School on the last day before summer break. The first half of the day was spent participating in field day and the second half was spent watching the school’s awards ceremony. During field day, Milken students helped run two stations and played with the students. Following field day, they met the 2016 Miss Hopi and Miss Indian Arizona pageant winners and spoke with them about their roles in the Hopi community. Following the awards ceremony, some of the participants played a pickup game of softball with some native teenagers and young adults.

Another main highlight from the trip was visiting the petroglyphs at Dawa park. The Milken students spoke with Donald, a tour guide from the Bear Clan, who told them the oral history of the Hopi migration using the petroglyphs and pictographs. The group also enjoyed learning about different Hopi gardening and farming techniques. On the first day, the Milken students spoke with Lowell—a man who works in the Hopi dry farms—and learned about dryland farming. Lowell treats his plants like people, speaking to them, touching them and dancing with them. The students also met some of the gardeners at the Third Mesa, who work in the gardens that have been passed down from mother to daughter for several generations, and spoke with them about dryland gardening and the spices they grow.

A major takeaway from this tiyul was that there is a large amount of diversity among the remaining Native American tribes. The students’ experience focused on a single tribe and more specifically, a single community within that tribe. The delegates concluded that it’s important not to say “Native Americans do ___ “ or “Native Americans say ___”; what was experienced can only truly be reflective of the Hopi culture, regardless of the inherent overlap of values between all Natives American clans and tribes.

With that being said, some interesting aspects from the tiyul were learning about the immense value the Hopi people place on life. Members of the Hopi tribe shun any participation in war and look down on any members of the community that go to war, even those who were drafted. Ari Swerdlow ‘17 described this phenomenon as “Judaism’s love for peace… But on steroids.” Students also learned that Hopi culture is highly matriarchal and spiritual- every individual is “initiated” into the higher spiritual society by the elders at some point in their life. This ceremony is similar to that of the Jewish Bar/Bat Mitzvah in that children become adults with spiritual obligations, but different in that children are not initiated at a certain age, but rather when their elders deem them ready for initiation.

Some other mind widening things were seeing the lack of funding and resources out in the middle of the desert- there is no trash collecting services that go up onto the Hopi mesas (plateaus) and there is therefore some trash laying around the reservation. Students were exposed to issues like this and were also immersed in pockets of cultural richness by speaking to different members of the Hopi community- from young children to elders and chairmen. Overall, the experience can best be summed up by Tammy Shine ‘17 who described it as “immersive, informative, and transformative.”