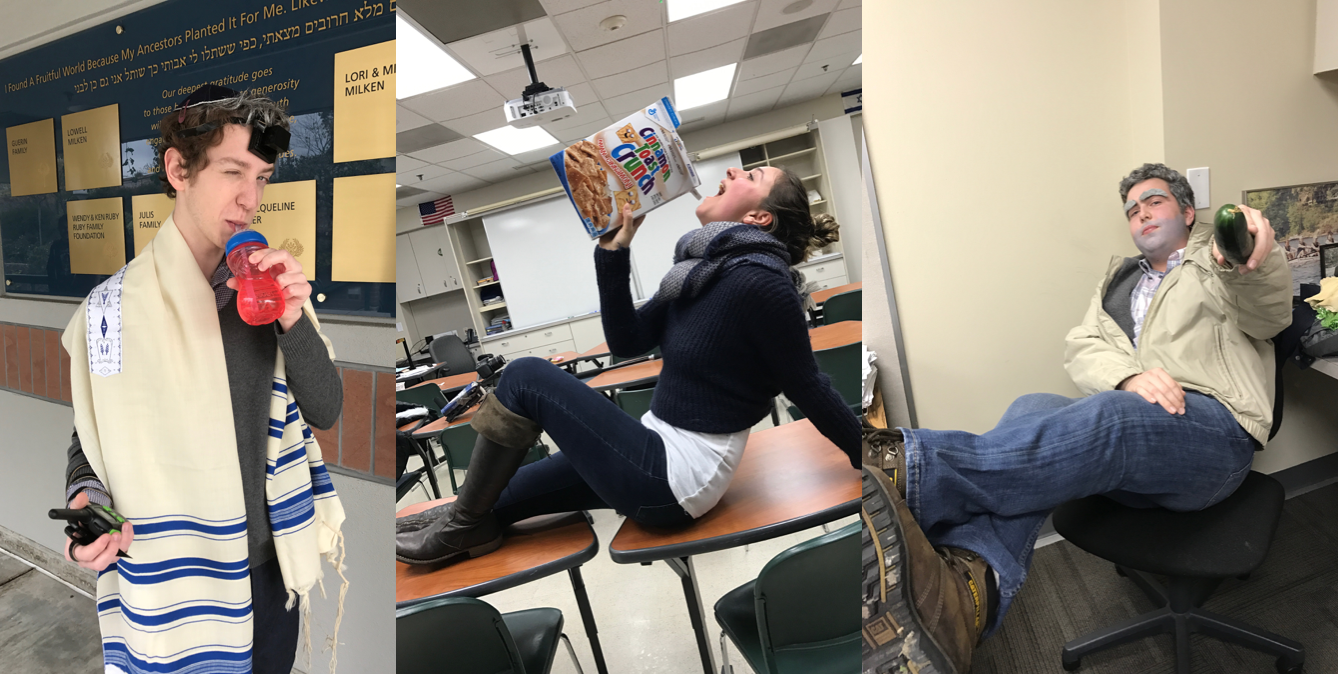 If you ask ten Milken students what their favorite Milken tradition is, odds are you’ll get at least a few senior Purim shpiel responses. The senior shpiel has become an integral part of student life at Milken, and the annual viewing of the parody video at the Purim town meeting creates an unmatched excitement surrounding the school day.

The annual senior Purim shpiel is a video of about 20 minutes that satirizes and ridicules Milken’s many faculty as well as the overall character of the school. The graduating class is privileged with the responsibility of creating a shpiel that accurately and hilariously depicts the Milken experience.

The shpiel also serves as an opportunity for seniors to prove that they can create one of the most memorable shpiels in Milken history. The most widely acclaimed shpiel in Milken history is “Gong with the Wind” (2013), which follows Milken security guards as they search around the school for a missing gong (which each grade used to have and would feature during their class meetings). The guards would end up around campus in various classrooms and other situations as faculty members were impersonated by their senior students.

Having worked as a writer and executive producer of the upcoming 2017 Purim shpiel, I have learned a lot of insider information from speaking with administration and former shpiel creators. Each year, the plot is a much debated issue amongst the seniors. The 2014 shpiel parodied The Hangover and the 2015 shpiel parodied 21Jump Street. However, based on YouTube viewership and the overall consensus amongst current students, a parody of a movie is not the best way to go. I believe that parodying a movie takes away from the focus of shpieling what’s most important: the faculty and the school. A movie parody creates guidelines that often limit where a shpiel can go.

“Gong with the Wind” and “Finding Gary” are both hits on YouTube, each with thousands of views. Both shpiels went with an original idea and were, therefore, able to highlight all the classic moments we remember today. Even the 2012 shpiel, “My Milken Moment” succeeded since its simple plot of recalling a Milken moment allowed for classroom scenes and teacher impersonations to constantly flood the screen.

This year, I can confirm that we went with an original idea following the style of the sitcom The Office. A camera crew comes to film the new promo for Milken and travels through the school to capture their footage. The Office is a style that we followed, but not a theme that we needed to stick with. The simple plot allows for a lot of flexibility, as opposed to the rigid structure of parodying a movie plot.

This year’s shpiel will premiere at the Purim Town Meeting this Friday, March 10, and will be available on YouTube shortly after.