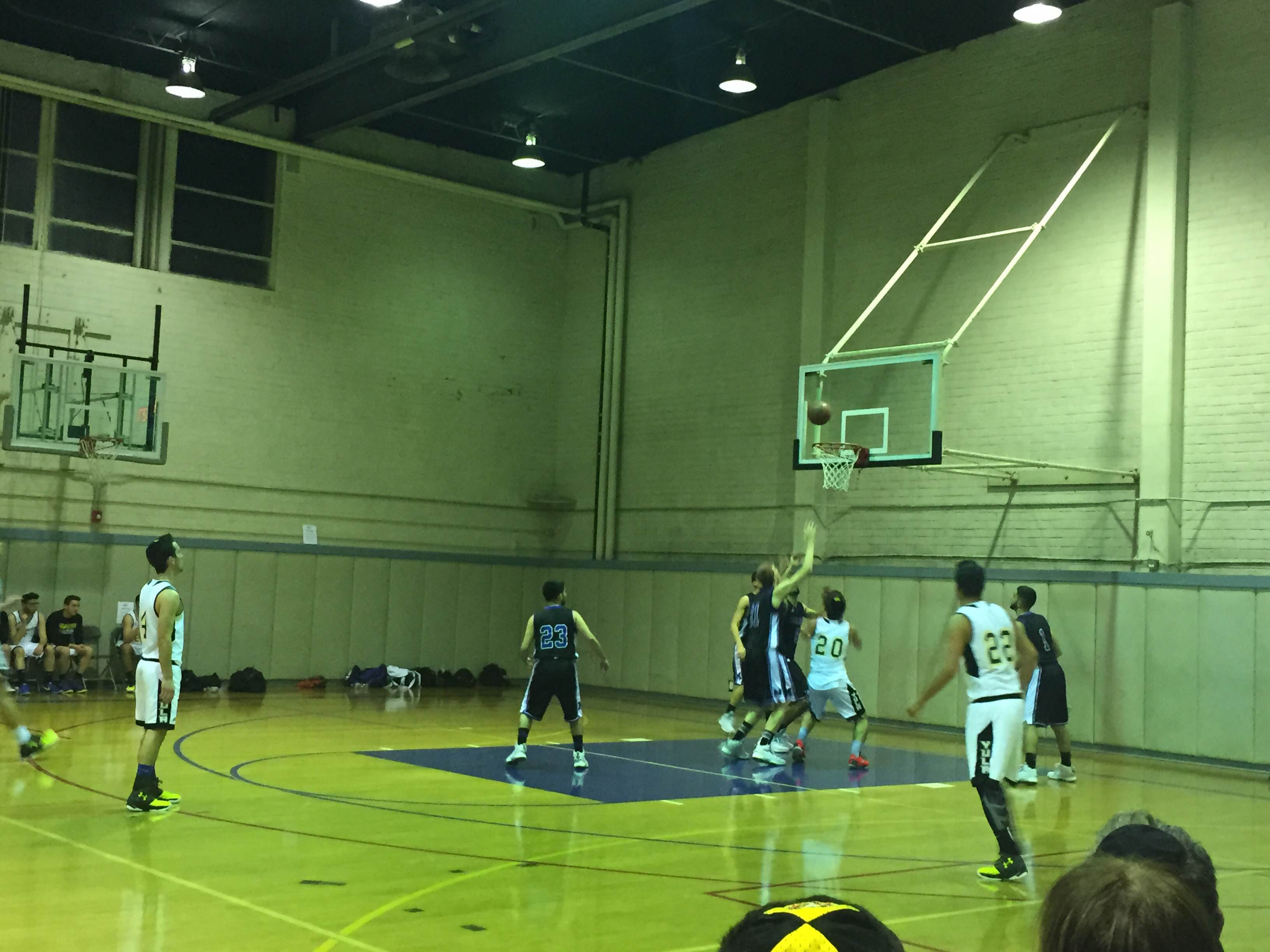 Tuesday was Tamir Saban’s ‘18 night to be king, and the Westside Jewish Community Center was his throne. On fire from the first quarter to the final seconds, Saban’s 25 points were a lifeline to a Milken offense that had trouble finding the basket against YULA’s tenacious defense.

Offensively, YULA played at a fast pace utilizing quick passes. They rarely took jump shots, instead opting to pass until they found an easier basket. But the Panthers had a hard time finishing their open looks, which allowed the Wildcats to keep the lead while they struggled on offense. At the half the Wildcats owned a 23-20 lead, and Tamir Saban had 15 points.

After holding a lead for the first two and a half quarters, the Wildcats were forced to adjust as they fell behind. Their strategy: put the ball in the hands of Tamir Saban. Fighting double teams and ferocious defense the entire third quarter, Saban embraced the spotlight in the fourth, scoring six straight points to bring the Wildcats to within one. Yohanan made another timely basket, to put the Wildcats on top by one with two minutes left.

Following a timeout, YULA guard Aaron Muller made a three pointer from the corner, which was countered by a three from Tamir Saban. YULA was then fouled on a full court press set, and the clock ran down an extra five seconds after the whistle. Coach Michael Whiting argued, and the clock was reset to 30 seconds, even though the Wildcats believed it should have been set at 32. But this was not the first time something like this has happened, according to center Brian Pearlman, “It happened twice during the last minute, and even more times during the rest of the game.”

YULA left the free throw line with a one point lead, but Tamir Saban made another two point shot giving the Wildcats a one point lead. On the ensuing possession, YULA’s Alan Gindi scored a reverse layup after sneaking behind the defense. As time expired, Tamir Saban’s three pointer hit the back of the rim and fell out, and the Wildcats lost 44-43.

With the loss, Milken moved to 1-2 in Liberty League play and are now forced into must-win situations throughout the rest of league play. The first of such games ended in victory, as Amitai Afenjar ‘18 led the Wildcats in to Providence High School. The Wildcats are now 2-2 in league play.

The Wildcats will get another chance against YULA, at home on February 11th at 7:30. Pearlman believes that Milken has a good chance saying that, “losing because they were better is one thing, but losing because seconds were shaved off is not fair. Hopefully we get a fair shot next week.”