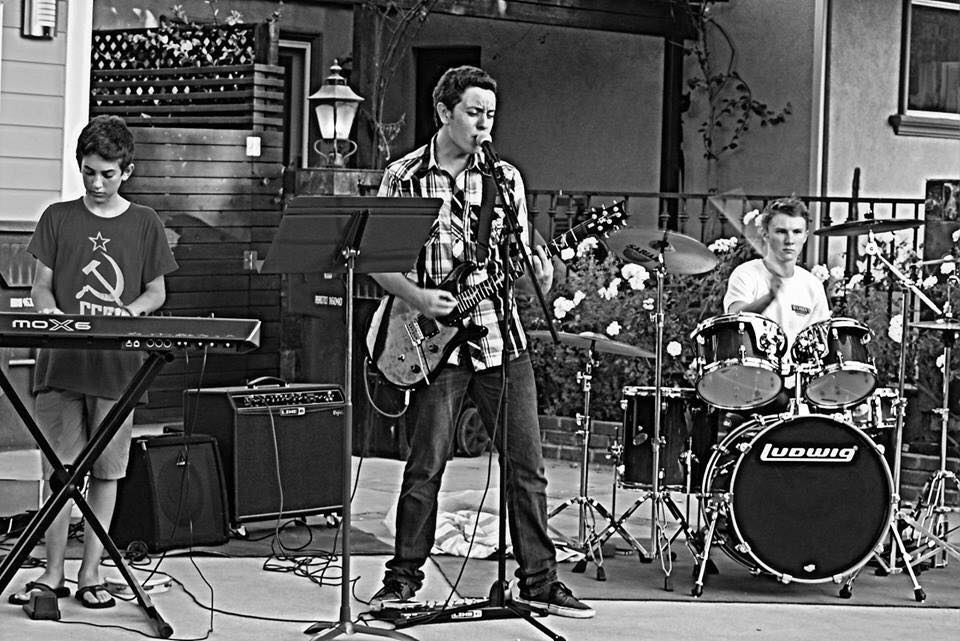 Noah Daniel ‘17 has been pursuing his passion for music since a very young age. Not only is he involved with music at Milken, but he also composes his own songs and performs at famous venues.

How old were you when you started to play instruments? Which instrument was first?

I started with piano when I was really little, around the age of 5 and 6, but I really started getting into it when I picked up guitar at 9 years old.

How did you realize that music was your passion?

Where have you performed?

I perform at a lot of small coffee shops, bars, fairs, and fundraisers. There’s too many to list here, but the three biggest venues are probably the Whiskey a-Go-Go, the Roxy Theatre (both on the Sunset Strip) and Cleveland High School’s fundraiser “Corechella” for 1200 people.

Do you want to pursue your music as a career?

I definitely want music to be a part of my career, but it doesn’t have to be 100% of it. I’m also interested in studying the brain and/or medicine, so musical therapy might be a cool thing to pursue.

Have you composed songs?

Yes. I have composed many songs.

Do you prefer performing alone or with a band?

I find that it’s easier to perform alone because I don’t have to rely on anyone else for knowing their parts, being late, setting up their instrument, etc. That being said, I’m also in a band, and it’s a lot of fun to perform with friends. It really just depends on the situation.

Do you get nervous when you perform in front of people?

No, which is something I’m grateful for. Every so often I get nervous before I go on, but as soon as I start to play or sing it goes away.

What is something that has inspired you to keep going or inspired what you write?

Music is my way of expressing myself and an emotional release. It gets me through the best and worst of times. I write constantly, about whatever I’m thinking or feeling; if you listen to all the songs I’ve written in chronological order, you’d probably get a pretty good sense of my life over the past couple years.