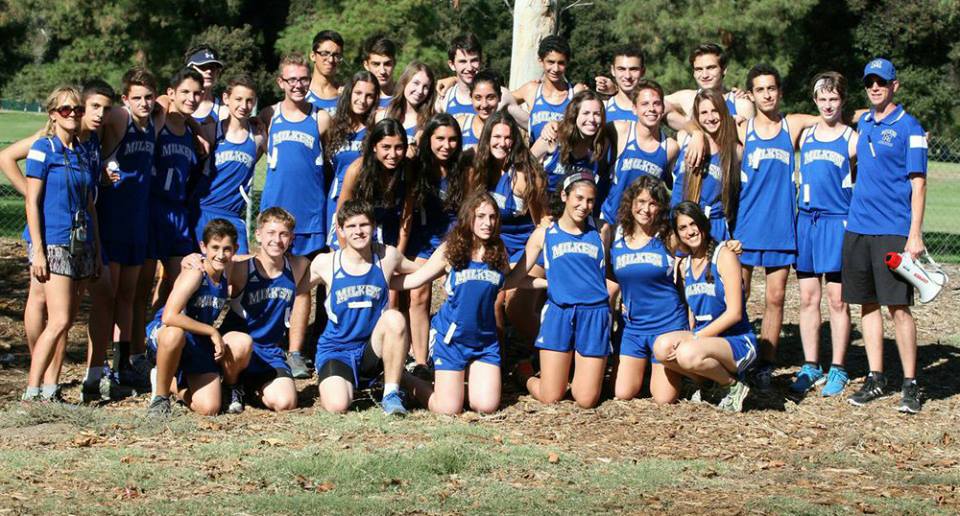 Congratulations to Samuel Rosenberg ‘15, Samantha Stolzenbach ‘16, and Benjamin Bachrach ‘16 on being the 2014 varsity cross country captains!

This is Samuel Rosenberg’s fourth year on the cross country team. As a senior, it is Rosenberg’s last year running for Milken, which is one of the reasons that he wanted to be captain. He also saw it as a perfect chance to utilize his leadership skills. Rosenberg originally started running with his dad, who used to be a marathon runner. He was Rosenberg’s biggest influence in deciding to run cross country. Rosenberg loves running, and said, “after I cool and chill down, I feel like I’m on cloud nine.”  His goals as captain consist of helping the team stay motivated and making sure no one dies of heat stroke.

When Stolzenbach first started cross country in 9th grade, she thought the sport was “impossible.” The girls’ captain helped her through the rough start, and now Stolzenbach hopes she can do the same thing for beginner girls on the squad. As captain, Stolzenbach leads stretches, helps Coach Damon Scoville boss people around,  and encourages team members to try their hardest. Originally, Stolzenbach did not plan to join the team. “A friend [Nicole Farahan] convinced me to join the team with her, and we’re still on it today. I owe her big time,” she said. Stolzenbach has two favorite things about cross country: the people and the feeling of accomplishment after finishing a run, either at practice or at a meet. Cross country has made Stolzenbach a tougher person and taught her she can always “do more and work harder.”

Benjamin Bachrach joined the team as a sophomore. He wanted to be captain so he could take a leadership role on the team, and also pass down what he has learned from runners who have graduated. Bachrach always wanted to be a part of a sports team in high school, so when he saw that some of his friends were part of cross country, he decided to give it a try. His bigger reason for joining was to spend more time with Scoville. Bachrach wants help his teammates improve their times, avoid injuries, and have fun. “It is extremely challenging and tests my limits, but the sense of accomplishment I get from finishing a run is an incomparable feeling,” he said.

Here’s to a successful cross country season! Make sure to check the Roar for updates on the team’s performance.