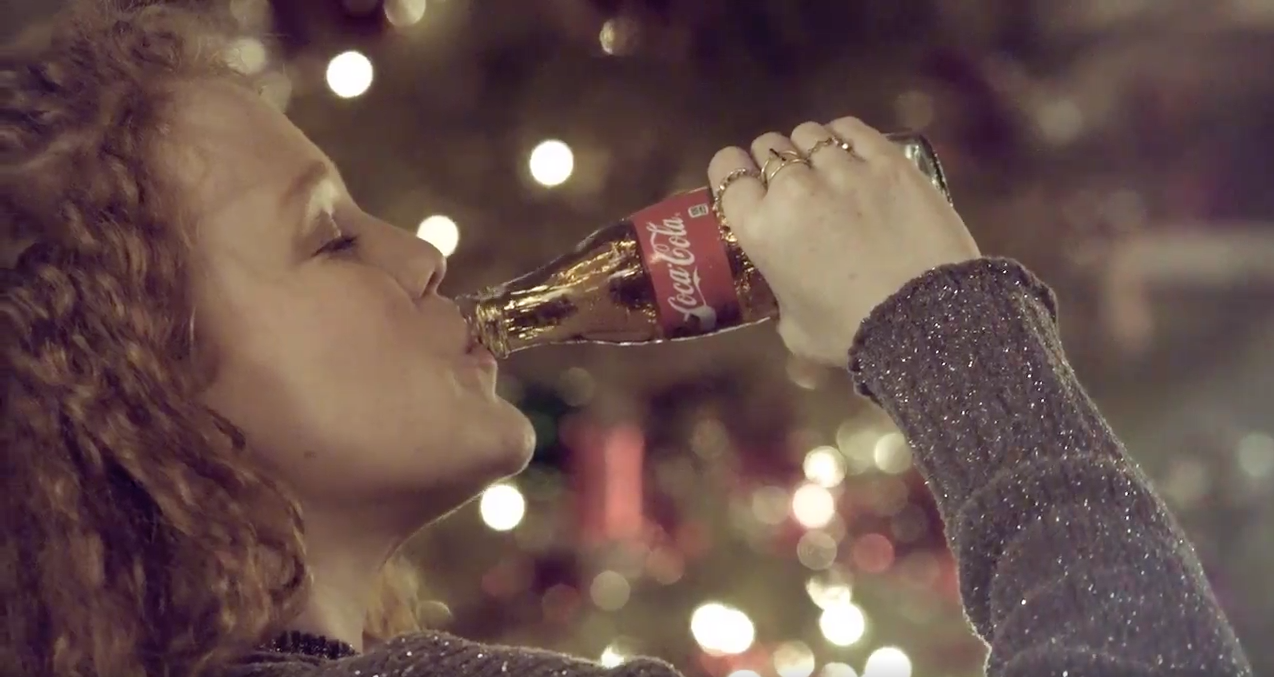 Abby Zuckerman ‘17 began her modeling career as a baby gracing the cover of a baby magazine. She has now reached her big break as the new face of Coca-Cola in a recent Christmas advertisement. Searching for new and exciting shoots, Zuckerman landed the gig after her agent sent her off to the casting opportunity. The advertisement, which can be found under the hashtag #WeSleigh, is sponsored on Facebook, Instagram and Twitter.

The video features Zuckerman riding a festive bike while decorating a Christmas tree. Satisfied with her accomplishment, she then sips ice cold Coca-Cola. In addition to the challenging task of simultaneously riding a bike and hanging Christmas lights, Zuckerman explained, “Drinking Coke out of a glass bottle in an attractive manner is a little harder than I would have anticipated.” The model had a sugar-filled day, mentioning that “it took three to four different Coke bottles and maybe ten takes” to get the scene just right.

Go on, get your holiday on. #WeSleigh pic.twitter.com/9Kj0egLxa1

The art of decorating the Christmas tree did not come easy to the Jewish teenager during filming. It took multiple tries for Abby to hang the lights just right, having had no previous experience adorning a tree. Her novice Christmas-decorating skills were even noticed by the producers and her Judaism was eventually uncovered. The cast and crew broke out in hysterical laughter, recognizing the irony that the focal point of the Christmas commercial was a Jew.

Zuckerman has acted and modeled before, but this commercial exposed her to millions of viewers. When asked about her newfound fame, Zuckerman replied, “It’s weird, honestly, but it’s also exciting.” This is not the first time that Abby has received recognition for her work having almost reached celebrity status when, over the summer, a fan stopped her in Central Park and asked for a picture.

While she is not planning on entering the world of soft drink modeling anytime soon, Zuckerman rather sees this work as a hobby and a way to make money for college. However, if opportunities arise, Zuckerman said she would “definitely consider it” and get back in front of the camera.