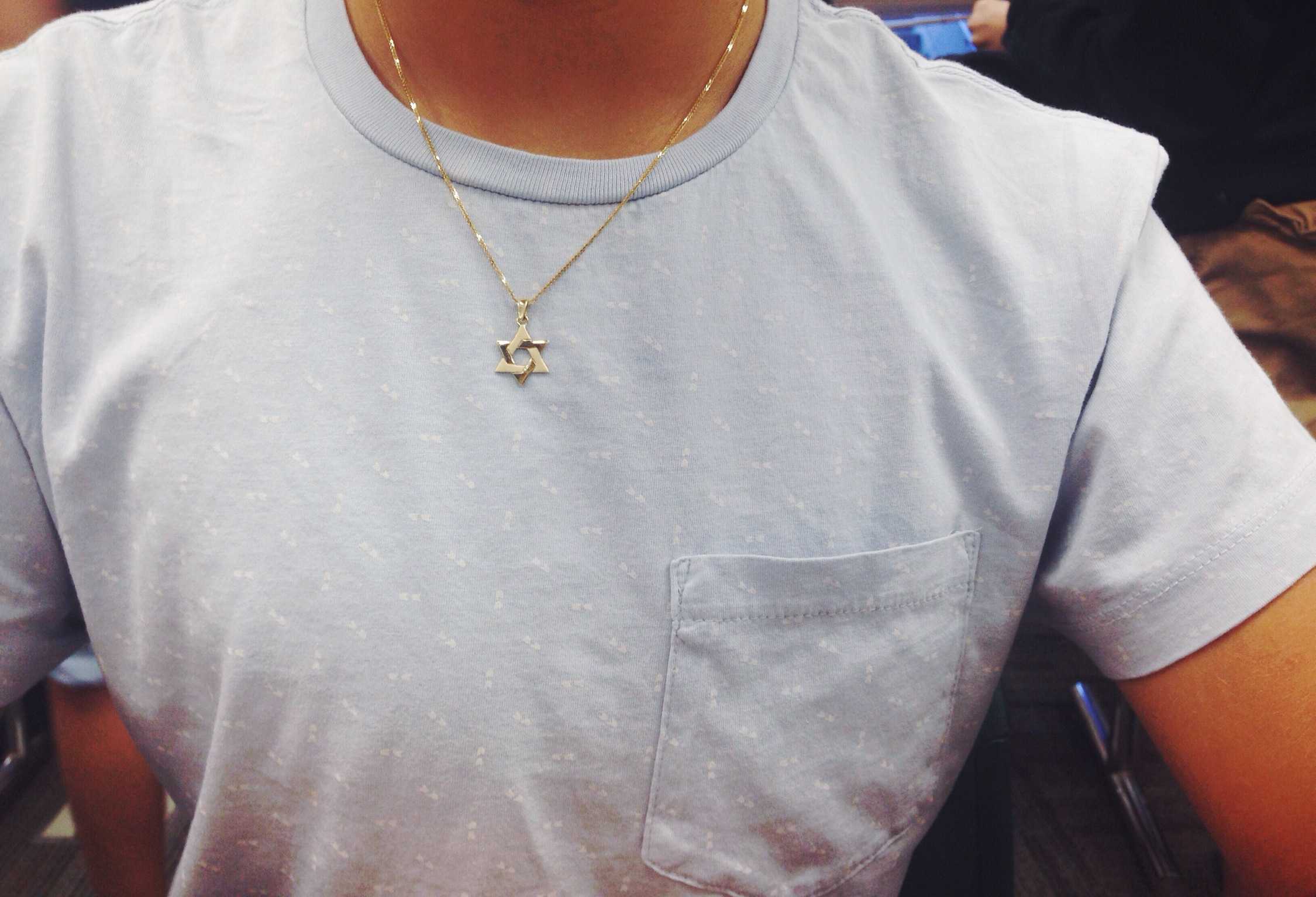 If you live in the valley, you know that in order to get to the Grove, you must drive through Fairfax — or what I like to call, “Jew Town”. And once you have arrived at the Grove, it’s inevitable that you will run into someone you know, or at least another member of the tribe. That is why I was so surprised when a woman in Barnes and Noble turned to my friend and said, “Good for you for wearing your Star of David necklace! Not too many people will do that nowadays.” Initially, I attributed this comment to the then recent kidnapping of the three Israeli teenagers. War was breaking out, and I could understand why one would be hesitant to promote their Judaism. Living in a protected Jewish bubble, however, I didn’t let the encounter bother me, and I continued my search for a new book to read.

About a month later, I was scrolling down my Facebook newsfeed when I came across an article about Zara’s anti-Semitic product: a blue and white pajama shirt with a yellow star in the upper left hand corner. Causing an uproar within the greater Jewish community, the company released a statement almost immediately saying, “We honestly apologize, [the shirt] was inspired by the sheriff’s stars from the Classic Western films and is no longer in our stores.” How did the shirt get put into production? I don’t know. Who “okayed” it and happened to overlook the Holocaust themed undertones? I couldn’t tell you.

Unfortunately, this type of situation is more common than it is comfortable.  Anti-semitism has been on the rise since the Israeli-Palestinian conflict has escalated this past summer. The distinction between the Jewish people and the Jewish state has been blurred, as now we are considered one and the same in the eyes of the majority. From aggressive threats in France, to the defacement of Jewish shops in Italy, to violent outbreaks in Austria, more and more people are becoming afraid and uncomfortable to be Jewish. Dieter Graumann, Central Council of Jews in Germany’s council president admitted, “When calls for Jews to be gassed, burned and murdered are bawled on the streets of Germany, that no longer has anything to do with Israel’s politics and Gaza. It is the most abhorrent form of anti-Semitism.” This type of hatred is all too familiar in Europe, and the fear it creates has transferred to the United States. It raises the question: Is it safe to be Jewish anymore? Are we really at the point where even in America, a land famed for its belief in freedom of religion, Jewish mothers are afraid to send their children to school? Or where high school students openly question their security as a Jew? Just the other day, a friend of mine said to me, “Honestly Sam, I don’t tell people that I’m Jewish anymore. It’s not safe.”

With the high holiday season beginning this week, I feel as if it is appropriate to use this time to reflect upon how far we have come as a Jewish people, and yet how much more we have to achieve. This recent struggle has further emphasized that our fight to remain a strong nation is not over. Although this fear that many are experiencing is a very real and troubling emotion, now is not the time to let it paralyze our thoughts and actions. As we charge into this next battle, we must remind ourselves of our strength as a people, and of our ever-lasting perseverance. We should be proud of our Jewish identity, and should let our confidence beam. In the words of Eleanor Roosevelt, “No one can make you feel inferior without your consent.”