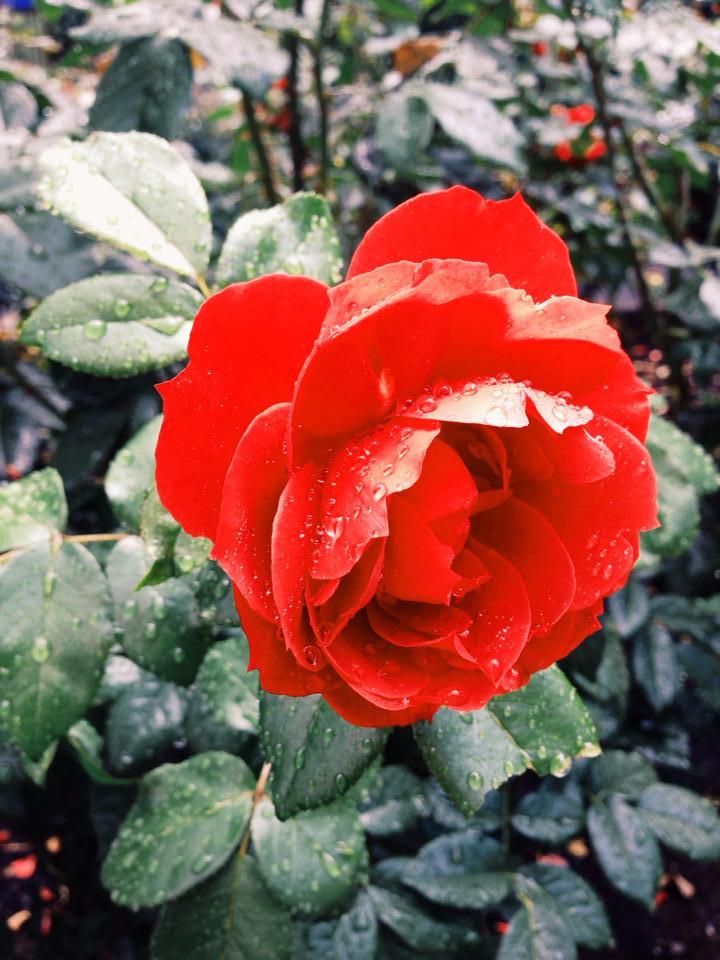 Three words join together to create an expression infused with passion, admiration, vulnerability, and excitement. Yet, alone, they are bare and one-dimensional. What does “I love you” truly mean?

I: pronoun [first person singular], used by a speaker to refer to himself or herself

Love: noun, an intense feeling of deep affection, a deep romantic or sexual attachment to someone

You: pronoun [second person singular or plural], used to refer to the person or people that the speaker is addressing

Is it a phrase you say to selective people? Is it socially acceptable to say it to tangible items? In the 21st century, saying “I love you” to someone has lost its authenticity and genuine implication. We drop the “I” and say “love you.” Better yet, we abandon conventional spelling and text “luv u.” But, in all honestly, we have all at some point resorted to “ILY.” No, let’s not get too carried away: “ily.”

Initially, communication was solely based on face-to-face contact, allowing true emotions and reactions to be instantly seen. No reading between the lines was needed to decipher between an enthusiastic text and a sarcastic text. When people were having problems with each other, no one pressed un-follow on Instagram or Twitter to make a subliminal statement. They took care of business right then and there. However, in modern day, humans have an unquenchable crave for instancy and promptness and now, now, NOW. Our patience said “peace out” and left the room, along with our social morality.

The expression “I love you” possesses immense intensity. One does not just recite it to a random person on the street. Rather, one pronounces it to a life-partner, a family member, a friend, possibly even a pet (crazy, but true). The feeling of love is life changing in any relationship… or is it? People love their phones, their computers, their televisions. Is that love? Can we classify such affection as love? We are attached to “things” that give us unbreakable satisfaction: Facebook, Netflix, Snapchat. But such a bond is one-way. When you close your laptop at night to finally disappear into sleep, Netflix doesn’t miss you and wish for you to awaken back into its life. Yet, you may need Netflix to get through a rough day, boring class, or discombobulated mind. Netflix, and other social medias, are incredible utilizations. However, at times, they take over our lives and transfer us into an alternate realm of nothingness. Could that be why we love them? Because they take us away from our obligations, responsibilities, difficulties and confusions? Possibly.

Saying “I love you” is powerful, which is crucial to recognize. Conversely, you’ll frequently find new friends throwing out the words “love you” just after an initial meeting. Maybe this infers that they like you as a person and genuinely want to hang out with you. Maybe the phrase has transformed into another way of saying goodbye and see you later. Maybe it is a common way of ending a conversation. Who knows? But the fact remains that people love to say “love you.”

Instead of resorting to an acronym that shows so little but means so much, such as “ily,” let’s remember the impact “I love you” has on an individual. Let’s not take advantage of the phrase. We must use it in good health when we truly, wholeheartedly, honestly mean it. Technology will continue to evolve, becoming bigger, better, faster, and stronger. Though, maybe “love” is not necessarily the feeling it evokes. We greatly praise it. We appreciate it. We couldn’t live without it.

We do not love technology. We love each other.