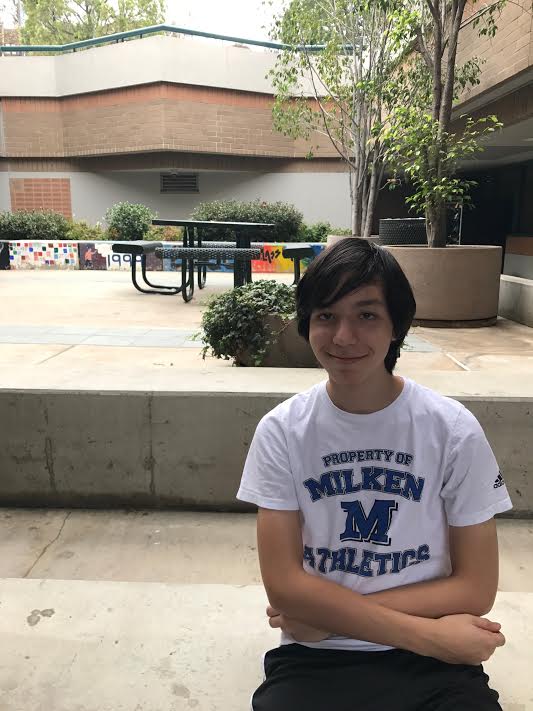 Shane Brunswick ‘20 is one of the countless people who have an obsession with Pokemon Go, but his passion greatly exceeds that of the average fan.

Pokemon Go is a free to play, location based game that has made a huge impact worldwide. Brunswick has created a version of this game that leans towards people living in the suburbs, since the game is not catered towards those areas. Shane’s version has also become very well-known.

“As my game has since been picked up by a lot of news outlets, including ones based in Japan, China, Singapore, Taiwan, Peru, France, and Vietnam, I think that the game has truly resonated with the community,” Brunswick explains.

After noticing that the game does not work as well in the suburbs, Brunswick took matters into his own hands to spread Pokemon to less populated areas. He noticed that the Pokemons he wanted to catch were not available to him in his neighborhood, so he aimed to make them more accessible to everyone. He also sees his creation as a way to send a message to Niantic, the company that created Pokemon Go, notifying them of popular concerns about their game.

Brunswick liked the sound of the title “Suburban Version” and immediately registered the unique domain name for his website. He knew how he wanted his game to look and operate, but just needed to learn Javascript, the language used for building dynamic websites. Over the summer, he spent a long week obsessing constantly over Javascript, viewing every online tutorial that he could find until he felt confident enough to begin developing his game. To create the game in Javascript, he had to write his code, test the game, find flaws, retest, recode and repeat multiple times until he was happy with the final product.

Brunswick is just another Pokemon player like the rest of us and continues to play it regularly. He added enthusiastically: “I do really enjoy Go. I’ve been playing since day one; I’m currently level 22, and I’m just 10 away from catching ’em all.” When asked about any more ideas in the works, Brunswick proclaimed: “I know that I want to continue developing my coding skills and hope to create more games in the future.”