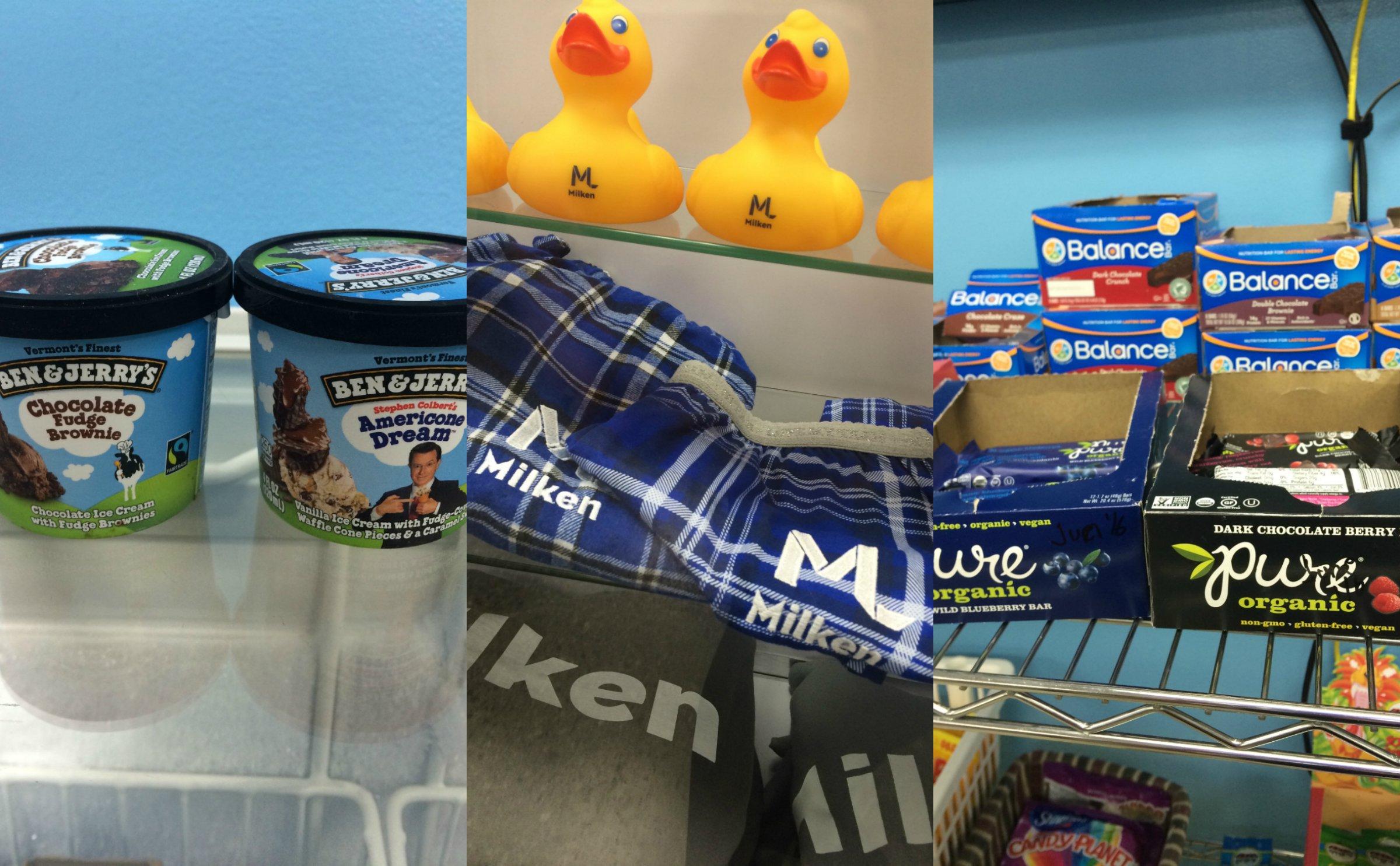 The start of the new school year prompted many changes to the Milken campus, including the improvement of the Milken Mart and it’s merchandise. Some of the new merchandise includes tacos, barbecued meats, various salads, and a more extensive variety of ice cream. Ice cream update include new mini Ben and Jerry’s flavors and “It’s It” ice cream sandwiches from San Francisco. After trying the new ice cream sandwiches, which consist of cookies with ice cream in between, dipped in chocolate, Britt Jacobson ‘17 stated that it is “pure deliciousness.”

In addition to the new merchandise, Milken Mart managers Leigh Orloff and Fern Dubow made substantial updates to the technology in the Mart. Dubow says that they “have totally upgraded the registers and computer system” and are “working on a new online store.”

Last year, there was an incident in which students inadvertently spent 2 million dollars by interfering with the iPads. As a result of this occurrence, students will no longer be able to self checkout their items. The updates to the technology in the Milken Mart have been  implemented to prevent this from occurring again. Tracking inventory and purchases will also become smoother through the new technology, which has the ability to “track losses in varying categories” and “do slideshows of our items and custom boxes for orders that are are the order page easily visible to the consumer.” Ultimately, Fern believes that this new system “will make us more tech friendly.”

To learn about more Kosher food and ordering opportunities, Fern and Sheila Goldman are going to the International Kosher Food Show in New York this coming November. Leigh and Fern have gone to other food and gift shows in the past, where they have seen potentially new products for the Mart.