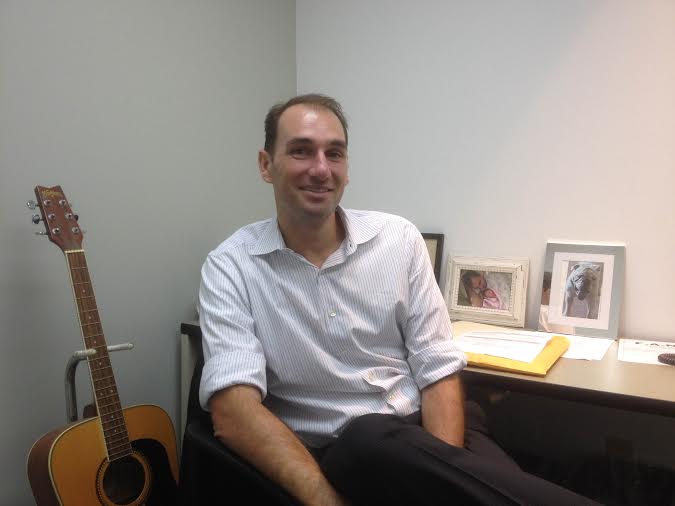 Mr. Tanner Ragland is the new Director of Academic Technology and Director of Robotics at Milken. Not only tasked with overseeing the robotics program and dealing with educational technology such as myMilken, he is also helping to integrate other programs into the school curriculum. Although most of Mr. Ragland’s work takes place behind the scenes, he says that one of his main goals this year is to get to know the students.

Mr. Ragland has already had a lot of experience teaching students prior to coming to Milken. After getting a degree in history from UCLA, Mr. Ragland taught at various LA high schools.

After ten years at Buckley, Mr. Ragland spent a year at the Westside Neighborhood School, where he became the school’s Director of Technology. After that year, Mr. Ragland decided to take a break from education, and to create his own startup company, King Sports, which focused on promotion for professional boxing. Now, two years later, Mr. Ragland has returned to working in education.

Mr. Ragland very much appreciates the “warm and welcoming community” at Milken. Even though he is not teaching robotics, Mr. Ragland knows that there are a lot of “phenomenal things going on” with the robotics team this year. In regard to his other job as the Director of Academic Technology, he hopes to “take Milken to the next level.”

We are very excited to see what Mr. Ragland has to offer at Milken this year. If anyone has any questions about technology, myMilken, computer science, or even history, be sure to stop by Mr. Ragland’s office next to the Milken Mart!