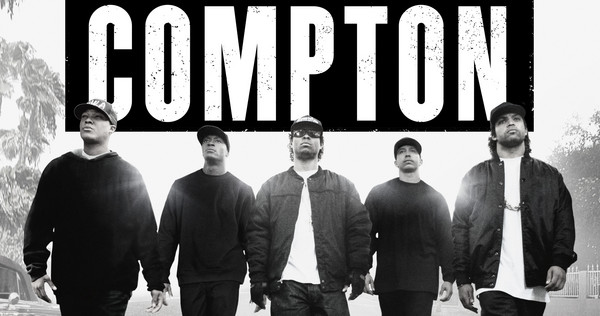 Audiences worldwide and Milken students have swarmed to see the gripping biopic following the true events of the rap group NWA. The film has grossed more than $150,000,000 in only its fourth week in theaters, and with good reason. Dr. Dre, Ice Cube, and director F. Gary Gray have created an authentic and enjoyable cinematic experience that transports the audience back to 1988. From start to finish, you can feel the bass and beat of the 90’s hip-hop music pounding through your chest.

The film follows the lives of three rap icons: Ice Cube (the poet), Eazy-E (the gangster), and Dr. Dre (the brains). Along with fellow Compton artists MC Ren and DJ Yella, they form the highly controversial group NWA. The entire film accurately shows their challenges with police brutality, intra-group trouble, and ruthless record labels. Although some of these problems are left unresolved, the rappers always stay true to their original voice and intentions. You can feel the brotherhood and unique chemistry of the group as the crew leaves the most dangerous city in the United States and end up changing the face of rap forever.

In the film, the stigma that everyone in Compton is a ruthless gangster is rejected. Although the group has a tough and sometimes obscene facade, they are also portrayed as human beings with emotions and feelings. This was best exemplified when a gangster shot and killed Dr. Dre’s brother. This scene (one of the best in the movie) shows a genuinely emotional side of these characters. They are not only the tough gangsters their society expects them to be, but they also have families and people that they care about.

Straight Outta Compton is not only an electrifying drama, but it shares important insight on the race issues of the day. Both NWA and Rodney King brought attention to the raging police violence in Compton and across the United States. From then on, the world became aware of the struggles people faced in the city of Compton.

At it’s core, Straight Outta Compton is about real people and their perseverance through life’s unfortunate events. Though they could have shortened the film’s runtime, I was captivated from start to finish. The combination of great music, intense action scenes, and heartfelt moments make this movie an emotional roller coaster. These relatively unknown actors and talented filmmakers give the true story of NWA the justice it deserves.