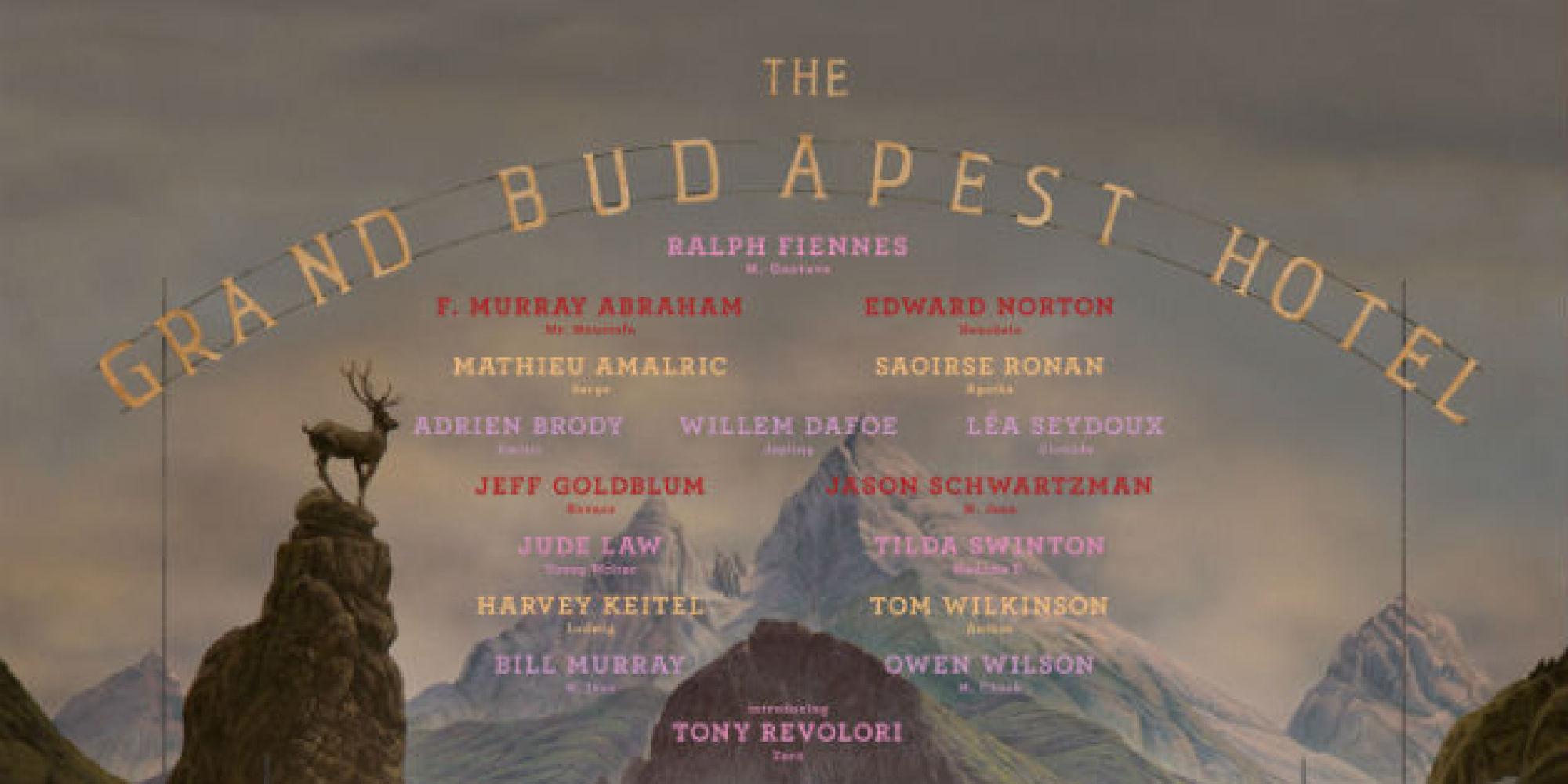 Throughout his career, Wes Anderson has emphatically left his signature mark on contemporary filmmaking. Since the quirky beginnings of cult classics like Bottle Rocket and Rushmore, Anderson has received acclaim for his distinctive visual and writing style. Now a highly regarded American modern filmmaker, Anderson continues to develop idiosyncratic characters and picture-perfect set designs with his eighth film The Grand Budapest Hotel, possibly his most visually rich and emotionally mature film to date.

A historical fiction dramedy, The Grand Budapest Hotel is predictably ornate, but engrossing thanks to Wes Anderson’s technical finesse and evocative storytelling. Ralph Fiennes leads a fantastic cast of A-list actors, including such Andersonian collaborators as Bill Murray, Owen Wilson, Jason Schwartzman, and many more.

The story is set within three different timeframes: In 1985, a young girl reads a novel called The Grand Budapest Hotel, written by an author (Tom Wilkinson), who then recounts the inspiration for his book. Flashback to 1968 at a simpler and less imposing Grand Budapest Hotel, where the younger author (Jude Law) meets the hotel’s lonely owner Zero Mustafa (F. Murray Abraham). Mustafa then tells his story, set even farther back in 1932, during the glory days of the hotel and his early memories as a lobby boy (played by unknown Tony Revolori).

Fiennes finally comes into the story as M. Gustave H, the hotel’s devoted concierge whose magnetic personality makes him one of the most respected men in the fictional Republic of Zubrowka (most likely somewhere in Eastern Europe). After hearing about the death of a former lover (played by a heavily disguised Tilda Swinton), Gustave H and Zero head to her will reading, where they discover a coveted painting given solely to Gustave. In addition, Gustave is accused of being his lover’s murderer and thus the concierge and his protégé go on a madcap fleeing spree from the lover’s malevolent son (Adrien Brody) and his henchman (Willem Dafoe).

While it may seem like there’s a lot going on, The Grand Budapest generates a lot of insight about friendship, deception, courage, and love through a raucous but intriguing adventure. Though this story-within-story-within-story structure may seem complicated in theory, Anderson pulls it off effortlessly, giving the audience enough time to analyze the dense narrative layers without being confused. Even if the 100-minute film could be slightly puzzling to some, the aesthetic beauty and picturesque production will keep the audience entertained no matter what.

From the first scene to the last, I was left breathless and deeply enthralled by how the movie made me feel. Anderson continues to shine as a director and screenwriter through his excellent use of visuals that explore deeply emotional and intellectual ideas. Though the screenplay was a bit bombastic for my taste, the charming wit, dry black humor, and sly poignancy made up for its flaws. After having seen other Wes Anderson films in the past, such as The Royal Tenenbaums, Moonrise Kingdom, and Rushmore, Anderson’s most recent film carries a newer kind of maturity and emotional catharsis that I hadn’t felt before with his other films. I would be surprised if it doesn’t earn any Oscars for next year, but because of Anderson’s mainstream success, The Grand Budapest Hotel is sure to garner some nominations.