More than 200 Milken students voiced their opinion in the Roar’s largest election poll ever. Participants answered a diverse range of questions, from selecting their favorite candidates to expressing their stance on the most important issues. Though some candidates have dropped out of the race since the poll, the results are still accurate with 38% of the entire student body participating. Each student was only allowed one submission with their Milken email address. A complete breakdown and analysis can be found below — featuring graphics and charts — followed by anonymous opinion blurbs from participants in the poll. 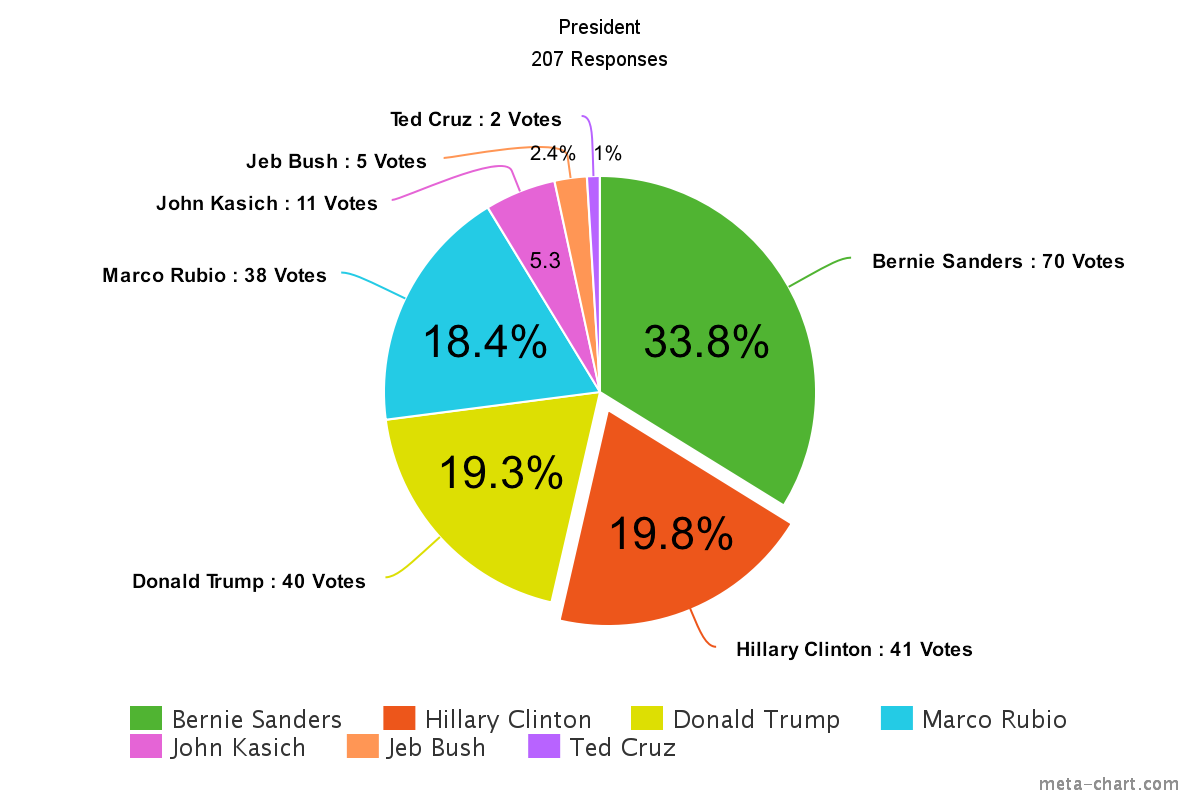 Bernie Sanders clearly won this poll, almost 14 points above the next closest candidates. Clinton, Trump, and Rubio all are hovering in second place within 1.5 points of each other. 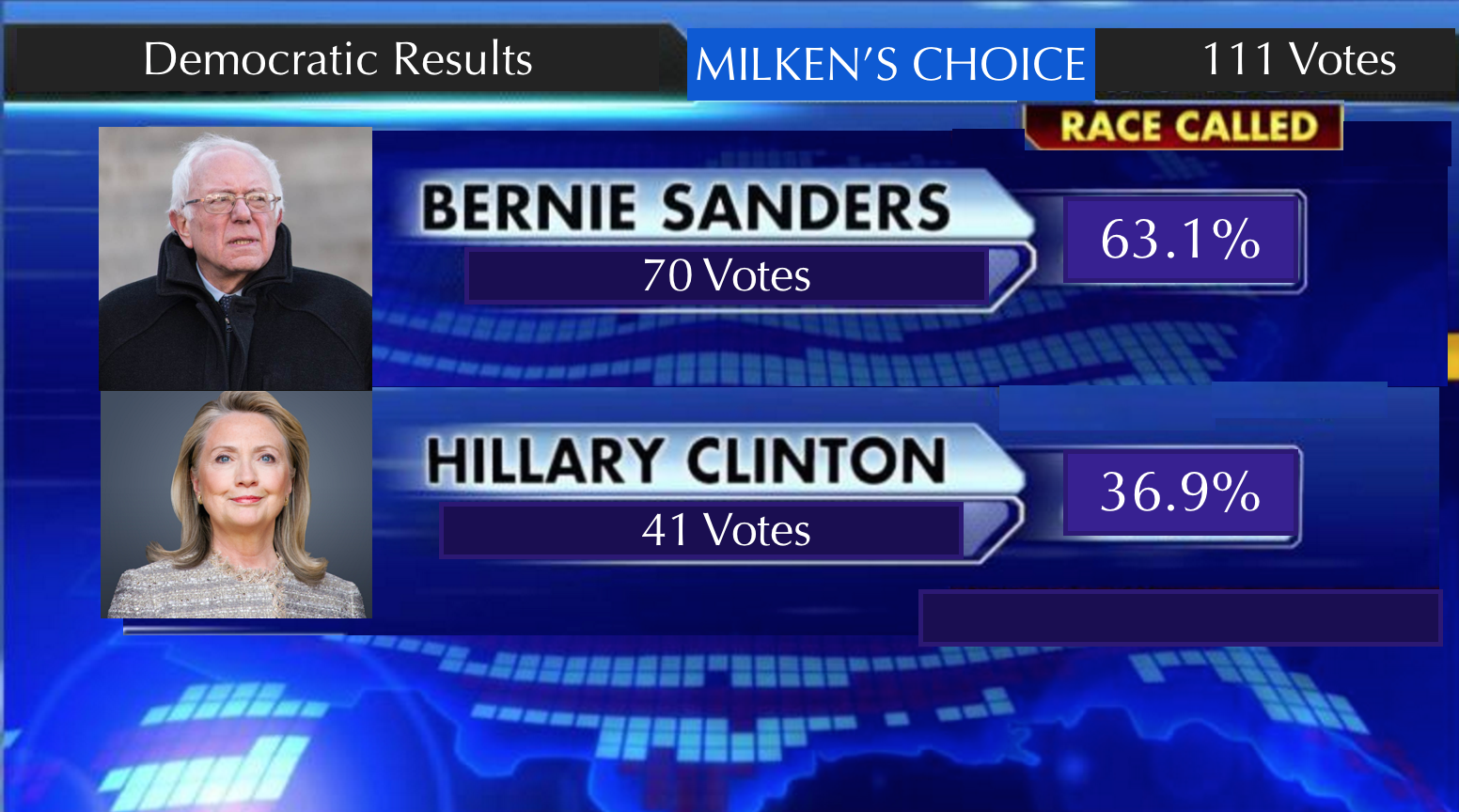 Sanders defeats Clinton in a landslide among the 111 votes going towards Democrats. This is not surprising given that young people throughout the country make up a huge faction of the Sanders’ support. His Jewish background may also have had an impact on Milken students. 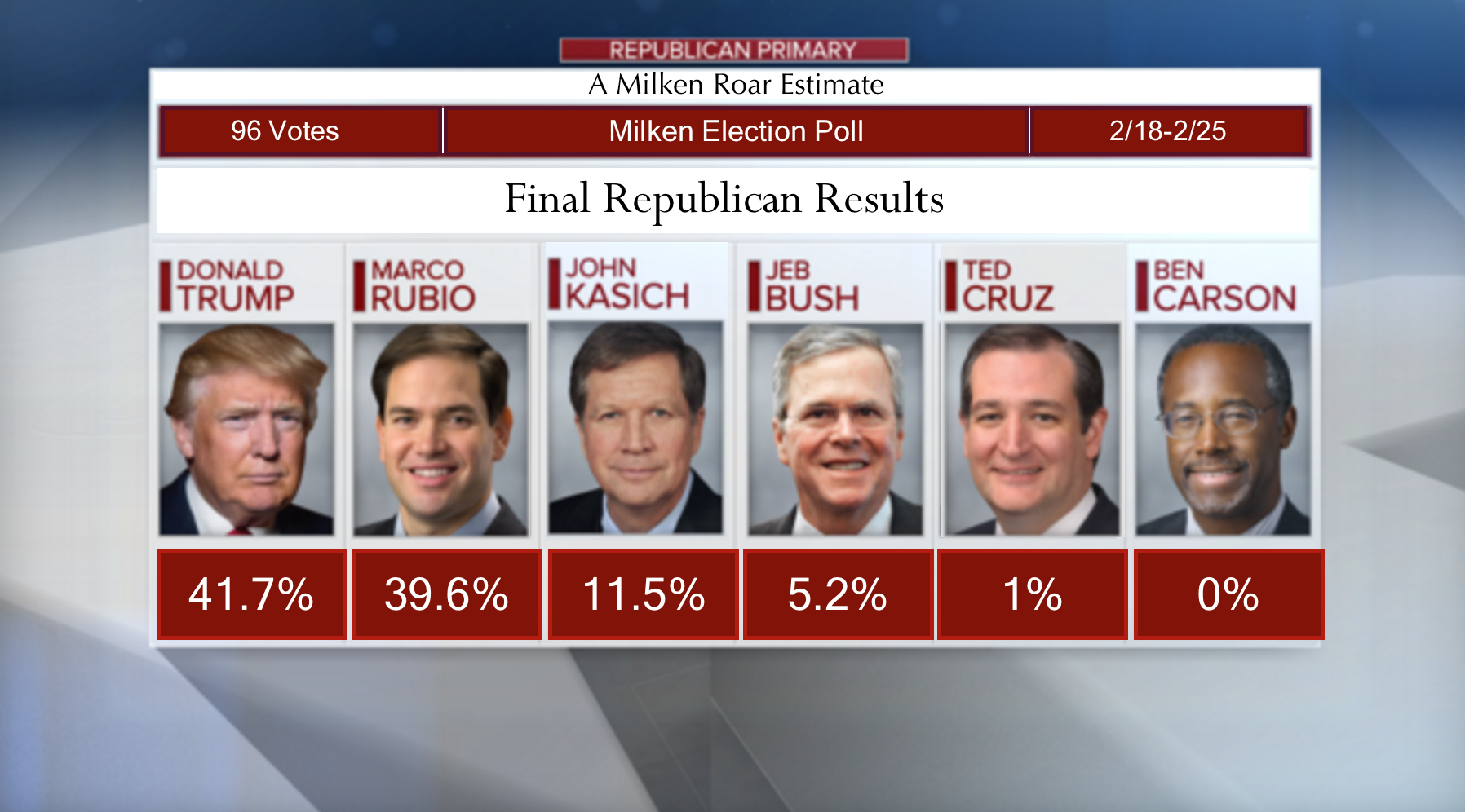 As for the Republicans, Donald Trump (40 votes), pulled off a narrow win over Marco Rubio (38 votes). John Kasich made a third place appearance with around 12% of the vote. Ted Cruz, widely considered as second place in the primary, did very poorly, probably because of the lack of evangelical Christians at Milken. 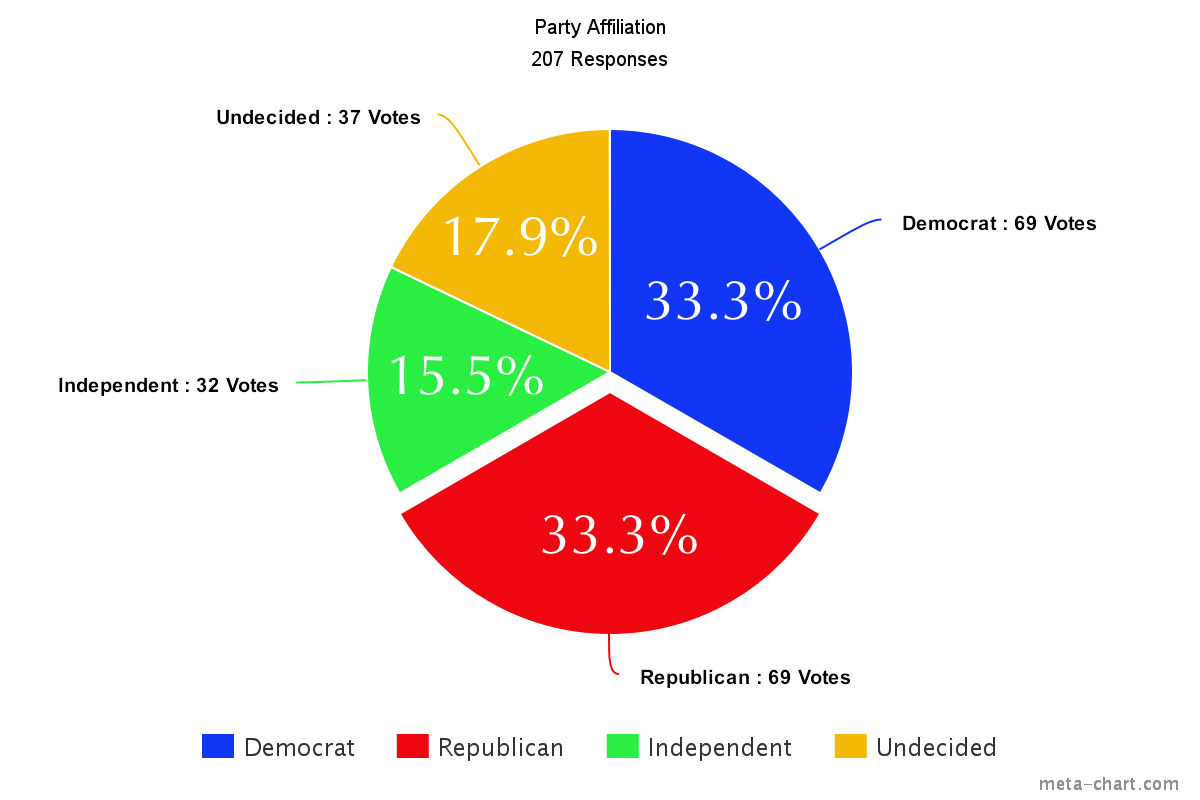 Milken appears to be very split amongst Democrats and Republicans, each coming in with a third of the student body. The other third is made up of Independent and undecided voters.

9th and 11th graders had the most voters for Donald Trump. Bernie Sanders led every grade by a considerable margin except for 11th grade where he only led Trump by 2%.

Should the government raise the federal minimum wage? (168 responses)

Should the NSA be allowed to collect basic metadata of citizen’s phone calls such as numbers, timestamps, and call durations? (163 responses)

Should the government be allowed to seize private property, with reasonable compensation, for public or civic use (Eminent Domain)? (155 responses)

Do you support the Patient Protection and Affordable Care Act (Obamacare)? (160 responses)

Should the U.S. formally declare war on ISIS? (156 responses)

Should the U.S. send ground troops into Syria to fight ISIS? (153 responses)

Should the U.S. conduct military strikes against North Korea in order to destroy their long-range missile and nuclear weapons capabilities? (153 responses)

Would you support increasing taxes on the rich in order to reduce interest rates for student loans? (157 responses)

Do you support stronger measures to increase our border security? (158 responses)

Several students chose to write anonymous responses to the poll. These comments ranged from declarations of support for a candidate (“FEEL THE BERNNNN” and “Trump has that it factor”) to attacks on candidates (“TED CRUZ IS A GODDAMN PSYCHOPATH” and “Bernie Sanders is a socialist who will destroy our country” and “If Donald Trump wins, I’m moving to Canada”). Someone made puns (“Hillary Clinton? More like Hillary Chicken”), someone lamented on the quality of the candidates (“All the candidates suck”), and someone even commented on Hillary Clinton’s appearance (“Hillary Clinton needs a dress”). Others went into more specific analyses on the issues and candidates. Below are excerpts from some of these comments:

“This is probably one of the most exciting elections in American history…We are experiencing a huge battle between tradition and change, capitalism and socialism, the minority and the majority. America’s story at the moment is so complex, with so many subplots and problems, we may as well be the real-life Game of Thrones.”

“I strongly believe that implementing Socialism is one of the last thing that could possibly help out country as well as Socialism being 100% unfair towards to the “rich” that worked hard to be where they are and have what they have. America is a land of opportunity, where everyone under law is equal and in reality has equal opportunity…”

“The only candidate that truly addresses income inequality as well as campaign finance reform is Bernie Sanders. It is important to stop corporations from donating unlimited amounts to political campaigns since that disenfranchises everyone else.”