Many said it would never happen. Others dared to question the intelligence of those who said it would. But according to several reports from Milken students, school history has been made. For the first time ever, a Milken student has said that they were perfectly fine with the temperature of a classroom. Yes, you read that correctly. They were not too warm, nor too cold, but were completely content with the temperature of their classroom. They did not ask their teacher to fiddle with the thermostat, nor did they loudly exclaim in the middle of a lecture how uncomfortable the classroom climate was. Shockingly, they said that the temperature was just perfect for them as well and felt no need to complain about a slight draft or tinge of heat. 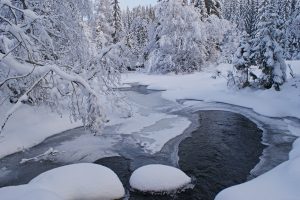 While many more articles will undoubtedly have to be written about this once in a lifetime phenomenon, this first one will serve as our breaking news blast before we conduct our full investigation. One witness to the incident wept with joy as we interviewed them. While the witness preferred to remain anonymous, they said, “It really was an incredible thing to witness. It was better than my bar mitzvah. Actually, it was even better than the money that I got from my bar mitzvah. I will never forget this day.” Another student told the story of the time that she thought that she was fine with the temperature and was amazed at her own content. But, alas, like all Milken students, she quickly realized that it was actually too cold for her liking. While it will undoubtedly be years before an event like this happens again, all there is to do is wait for the stars to align once again.