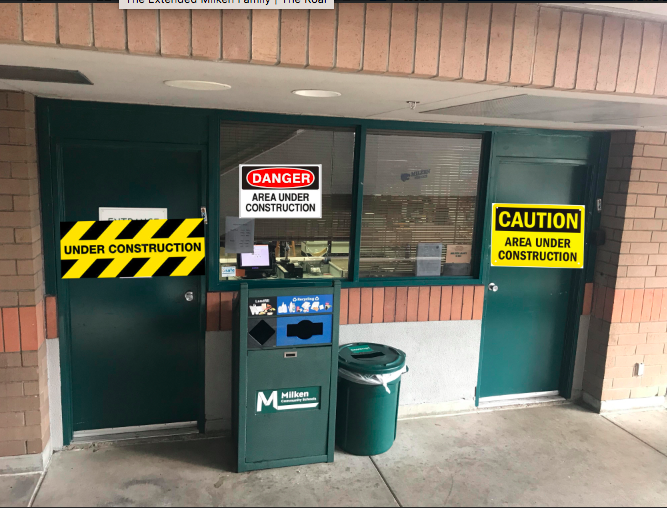 When students walk into the Milken Mart at the beginning of the 2018-19 school year, they’ll notice that things are a bit more lavish. Leigh Orloff, the Mart Manager, recently announced that the Milken Mart will undergo renovations this summer to improve the student experience at the Mart.

So what should Milken students expect? First off, the Milken Mart is finally hiring students to work during their frees. Instead of having Milken Mart moms, Orloff thought it would be a good idea to start having students work at the register during their free periods. In addition, Orloff is working with the computer science class to create a Milken Mart app. In this app, students will be able to select the food they want and preorder it, instead of having to wait in the long lines that form during lunch and in the morning (burrito time!). Orloff believes that this app will help students avoid being late for class because they will be able to skip the lines, pick up their food, and head straight to their next period classes.

Not only will the technology change in the Milken Mart, but the food selection will also broaden. Listening to the students’ wishes, Orloff explains that there will be new frozen yogurt dispensers, where the flavors change weekly, and students will be excited to hear that Dippin Dots will be sold at the Milken Mart as well, but that the price will be dependent on a student’s GPA. As an incentive, the more A’s a student gets in class, the more Dippin Dots the student will get at the Mart. For the mornings, if students don’t have time to eat breakfast at home, Orloff is planning on bringing both waffle irons so students can made their own waffles in the morning, as well as toasters so they can toast their bagels. Students will also be able to use the waffle irons on any wrinkled Milken clothing should they need it. Finally, there will also be plenty of fresh fruit so students can make their own smoothies, with a variety of options available including strawberry, banana and matza.

The Milken Mart is an important part of all our daily lives, and with these changes, perhaps the Mart can one day be franchised so that — like Starbucks — there will be a Milken Mart on every corner.