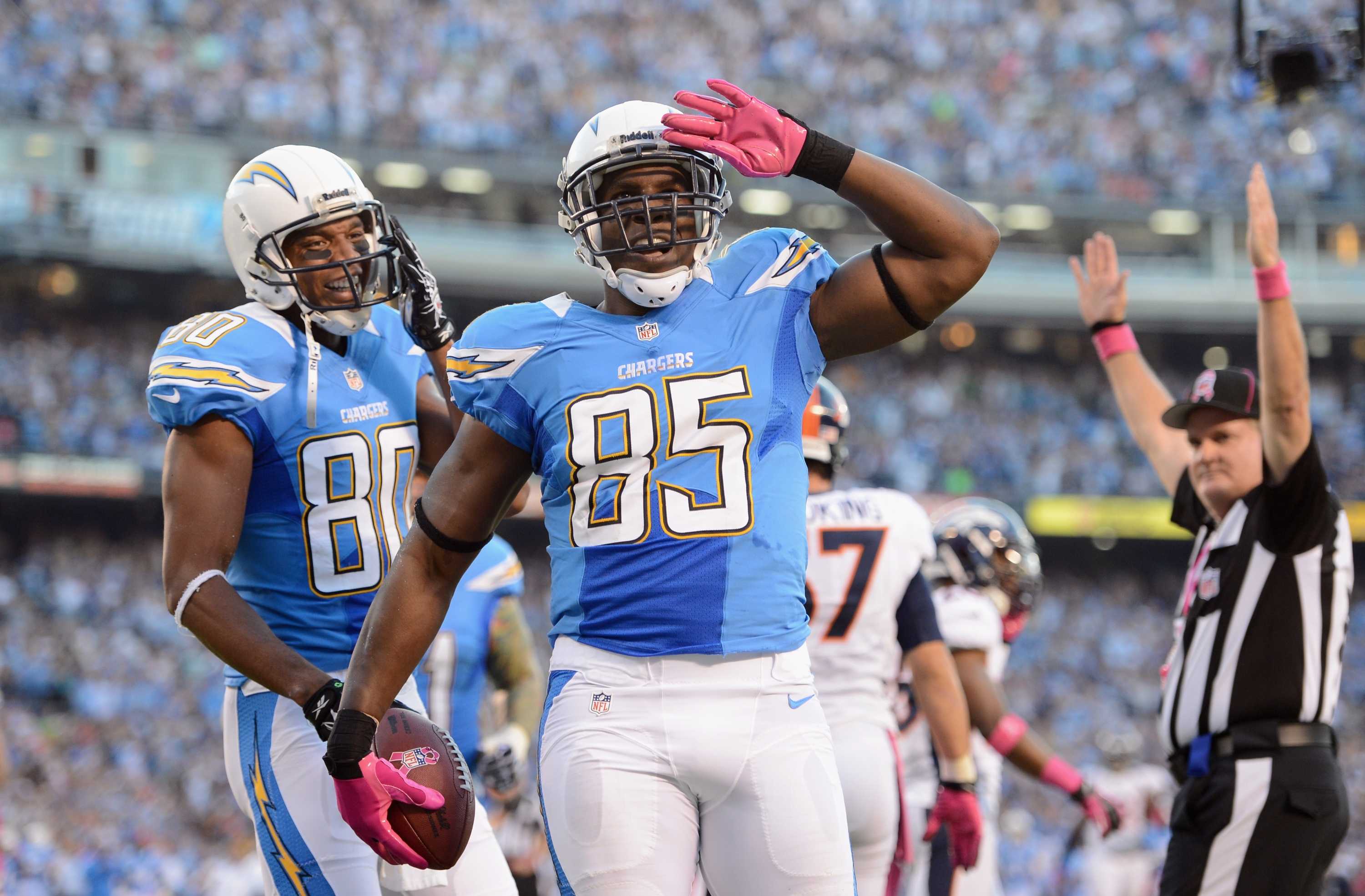 In the three week existence of this article, Devonta Freeman has been the best fantasy football player in the world. Not one person could have predicted Freeman’s rise or Larry Fitzgerald’s final hurrah. Justin Leff’s picks were best in week 2, but he bombed week 3 from a Marshawn Lynch injury and mediocre performances from the Jags. Jordan Brenner and Mr. Painter tied week 3, while Josh Berenbaum has been average both weeks. Listen to whomever you like. Following a week off, here is the week 5 column.

TE– Charles Clay: Clay leads all Tight Ends in the last two weeks in receiving yards, and has scored one touchdown in that time frame. Clay has seen a significant increase in targets in the last two weeks, and saw 13 last week alone. In week 5, Clay faces a Titans defensive unit that has allowed the fifth most fantasy points to tight ends thus far. Probably the most talented Tight End the Titans have seen so far, Clay is an excellent Tight End play for week 5 and beyond.

WR– Kamar Aiken: Aiken burst on to the scene for the Ravens in week 4, with 5 catches for 77 yards and a touchdown. He has a favorable matchup against the Cleveland Browns, whose defensive unit has been weak without shutdown corner Joe Haden. Haden’s broken finger is not the only injury Aiken’s fantasy value is benefitting from, as Ravens lead receivers Steve Smith and Breshad Perriman are both out this week. Aiken is the best receiver on this team right now, and is available in a majority of leagues.

WR — Kendall Wright: Mariota’s favorite target has had two games with 1 TD and around 100 Yards. Going up against a surprisingly bad Bill’s passing defense (giving up the third most points to wide receivers) he is an excellent start for this week coming off a bye. Wright credits his recent success to his perfectionist attitude: “My mindset this season is to do everything exactly right. Not just right, but exactly right.” I like how this kid thinks.

WR — Golden Tate III: I was hoping my opponent this week benches him, but now that he sees that he’s on my Leff’s Loves, he’ll definitely be starting him. The Lions are facing a shutdown WR1 defense in the Cardinals this week. Expect Tate to receive the majority of Stafford’s targets in week 5.

TE–Antonio Gates: The second ranked tight end in 2014 returns to the field in week 5 after serving his 4 game suspension for performance enhancing drugs. Although we do not support his actions here at Milken, the Chargers are surely excited to get Gates back after stumbling out of the gates to a 2-2 record. Rivers’ favorite target will explode for a classic Antonio Gates game, and he will receive multiple red zone looks.

QB–Drew Brees: Brees delighted his fantasy owners in week 4 with a gutsy performance while playing with a shoulder injury. His status was questionable until game time, and after being ruled active for the game, he threw for 359 yards and two touchdowns. Expect another impressive performance against a weak Eagles secondary.