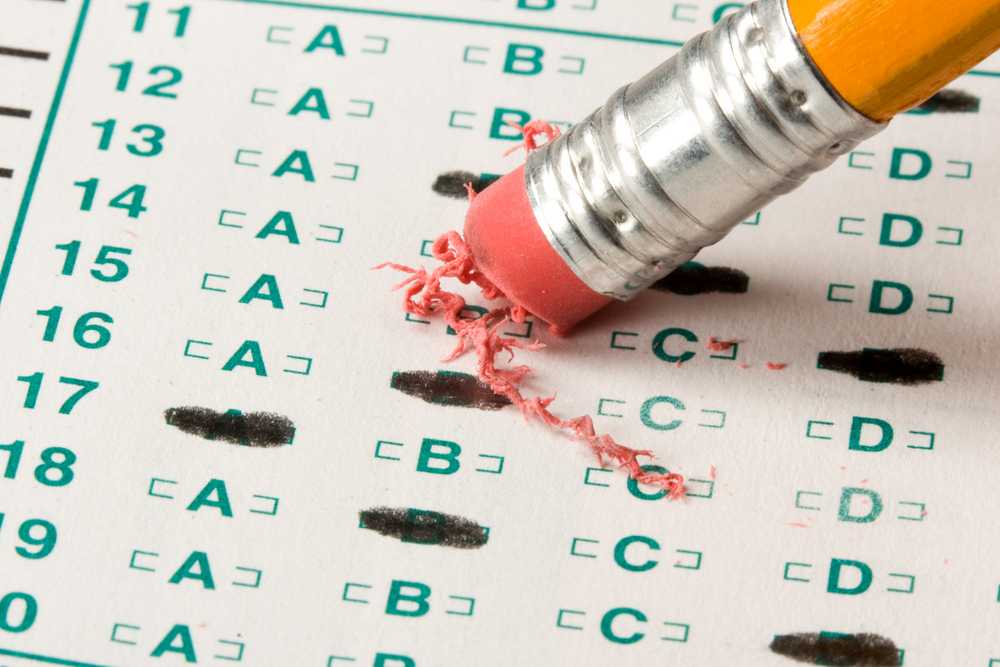 Planted firmly in the library’s group room chairs, Tiana Torkan ‘17,  veteran of the ERB and ISEE, explained passionately and with a sense of purpose, “Standardized testing makes me feel like ****. You are not testing people on if they can think critically, but rather if they can learn information and just regurgitate it on a piece of paper.”

Unsurprisingly, a strikingly similar sentiment is reflected in research studies done on the subject. Several professionals have also spoken out against conventional forms of testing. In his book, Standardized Minds: The High Price Of America’s Testing Culture And What We Can Do To Change It, Peter Stacks describes how standardized testing overly simplifies and reduces “the complex endeavors of teaching and learning” and “tells us little about someone’s real world capabilities in medicine, law, or teaching.” Gerald W. Bracey’s book, Setting the Record Straight: Responses to Misconceptions about Public Education in the U.S. promulgates that standardized tests lack measures of “creativity, critical thinking…. motivation…curiosity….reliability, enthusiasm, empathy, self-awareness… leadership, civic-mindedness, courage… resourcefulness, sense of beauty… honesty, [and] integrity.”

Aaron Feldman ‘18 has something different to say about America’s conventional testing system: “It’s a good way for the government to evaluate the entire student body across the nation and allows students to know how they compare to everyone else so they can know if they are on track.” Feldman is not the only one to believe in the power of objective testing. The Center for Teaching Excellence at University of Illinois At Urbana writes that standardized testing can provide “highly reliable test scores” as well as the ability to think critically, solve problems, and apply principles. Furthermore, The Center For Public Education, a national advocacy group, says that “In many cases multiple-choice tests now require considerable thought… before choosing a bubble.” However, one must keep in mind that everything is relative. The amount of thought that may be perceived as considerable is likely only considerable in relation to the level thought conventionally associated with “right or wrong” standardized tests- which, in the scheme of things, isn’t all that much.

Albert Einstein once said: “Everybody is a genius. But if you judge a fish by its ability to climb a tree, it will live its whole life believing that it is stupid.” And he, my friends- the genius that he is- is so very right. The problem with standardized tests is that they try to place millions of young minds, with distinct sets of perceptions and fears and repulsions and passions and skills and weaknesses into the same box that determines how “valuable” and “useful” each will be to collegiate and professional societies. Every person is a piece of art- a mystery, a cake of draping layers, a web of mind-boggling complexities, a basket of interwoven experiences, a soul, a body, a mind, all of those things combined, and much, much more. Once this art becomes standardized and confined to the black and white fences of A is right, B is wrong, its individuality and beauty becomes repressed and deemed insignificant. Individuals’ complexities are not considered by tests, and later, colleges. Although colleges claim to be interested in applicants’ stories, this becomes relevant only after students’ pass GPA and SAT or ACT benchmarks the school has set.

As each test, 8.5×11, devoid of absurd edges or indents, goes through a robot that scans for lead, circumstantial traits of the test taker are forgotten. Hence, students, forced to play the standardized game that will lead them to “success”, begin to regard their idiosyncrasy as unimportant. Instead of cultivating the intellectual passions that are distinct to one’s character, students are encouraged to incessantly memorize definitions and apply the famed process of elimination. We are implicitly pressured to file our edges and shape our minds to best fill the mold of “perfection” created by colleges. The problem with this, however, is that the absurdities of our mind are what give us the power to impact the world personally. Test scores are momentous measures of “intelligence” that hold the power to make someone feel like either a complete idiot or a genius. However, being a genius is neither fitting society’s definition of intelligence nor getting a 2200 on the SAT, but rather being who you truly are, in every sense, without letting any deciding numerical value make you feel otherwise.

Eyewitness Confirms That Mr. Martin is a Mall Santa