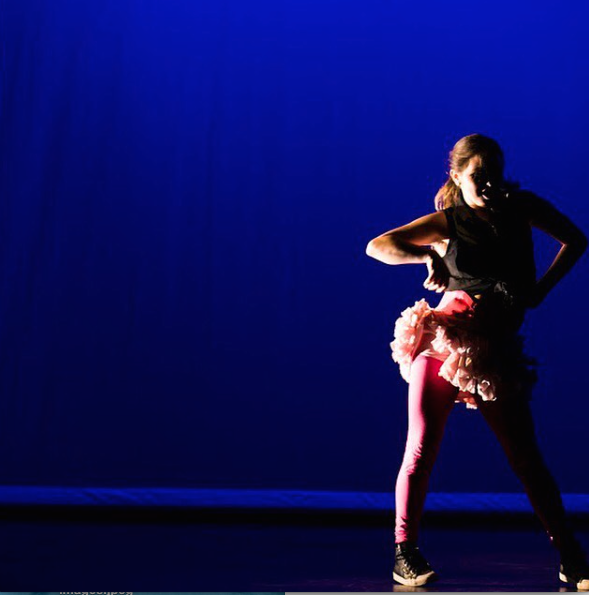 Put your heart, mind, and soul into your smallest acts and you will be rewarded. Lila Hanish ‘17 did just that, while adding in the coolest moves with hips that don’t lie! Hanish has been dancing ever since she was a little girl and is now the captain of the Milken Dance Team. She has been a member of the team since the eighth grade and dance has always been a passion of hers. As a result of her hard work and dedication, Lila earned the team captain position while at the Homecoming game. She won a captain hat and got the privilege of leading the team on during the game and motivating them. With such a high position, comes a lot of responsibilities. “Now that I am captain, I am responsible for planning events for the team, creating choreography and being a positive role model and support system for all the girls on the team.”

Although Hanish has no specific pre-show ritual herself, she admires one that her coach, Andrew, leads with. As he counts to three, the girls jump up and down while holding hands, releasing their grasp at “three” and shaking out any of their nervous energy. Hanish commented, “This is a ritual I have come to cherish and is one that always helps me if I have any nervousness about performing.”

Hanish’s dance bag is filled with the expected dance necessities. “I carry jazz shoes, hip-hop shoes, a dance outfit (typically leggings and a tank top), a snack and water.” Her favorite dance snack is something healthy yet filling, like an apple or a protein bar.

Hanish’s favorite genre of dance is hip-hop: “I love being able to put my own flare into the moves and put a little swag in it. It is a style that is happy and fun and is so great to perform for school events.” The dance team has appeared in countless performances at Milken pep rallies and assemblies and always brings a lively spirit to every routine.

Although Hanish does not intend on majoring in dance in college, she hopes that dance will always be a significant part of her life and plans on incorporating it into her college experience. She is courageous enough to go after her dreams and advises those who want to join the dance team “to go for it!”

“Dance team is not only an amazing space to dance and release creative energy, but to also make connections with girls from all grades who share the common interest of dance with you. Dance team has been my amazing family inside of Milken throughout high school. To anyone who is nervous about trying out for dance team, put yourself out there and try out and I promise you won’t regret it!”