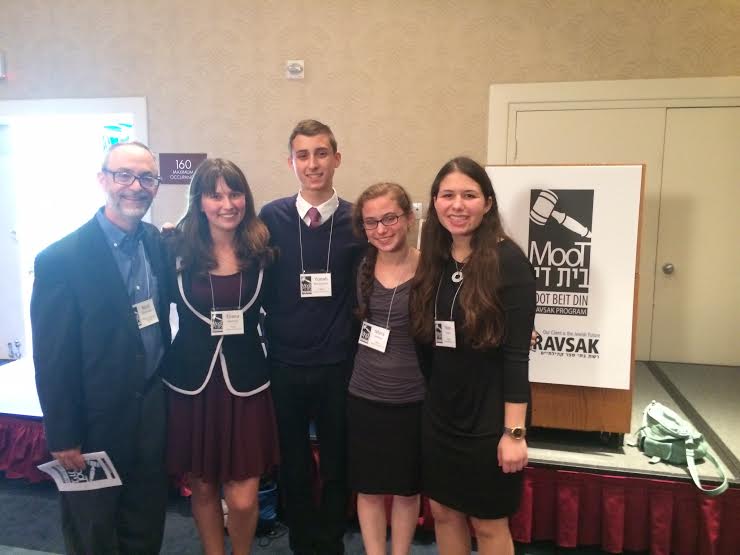 This competition allows students to debate the moral and ethical dimensions of halakhah, while examining topical situations. This debate is good practice for students because it requires legal analysis, and shows students about the Jewish legal system.

The 2015 Moot Beit Din case explored ideas about social media, communication ethics, and internet privacy. The case the teams were debating on was about a student sending a snapchat about a fellow classmate, with a demeaning caption. The recipient of the snapchat showed the administration. The question the teams had to respond and find a conclusion to was, “Does a school administrator have the right to suspend a student based on information acquired from Snapchat?” This case taught students about Lashon Harah, and the consequences for doing so.

Team member Eliana Melmed ‘16 described Milken’s idea and opinions of the case. Eliana said that Milken “argued that Max, the boy who sent the offensive material, was wrong to do so and should be punished. We decided that Jonathan, the recipient of the Snapchat, was right to screenshot it and send it to the principal.” Eliana had a great time at this event, and said that she is “already counting down the days until the competition next year!”

Another Milken team member of the 2015 Moot Bein Din, Noa Rubin ‘16, also had a great time. Like Eliana, she said she “had a wonderful time at the Moot Beit Din Shabbaton this year. I got to meet Jewish kids from around the country and Canada, as well as spend time with some of my fantastic teammates and Rabbi Scheindlin.”

Overall, this year’s Moot Beit Din was a huge success. Not only did the students learn more about ethical issues, but got to bond with other Jewish students, and see how other their ideas compare and contrast with their own.