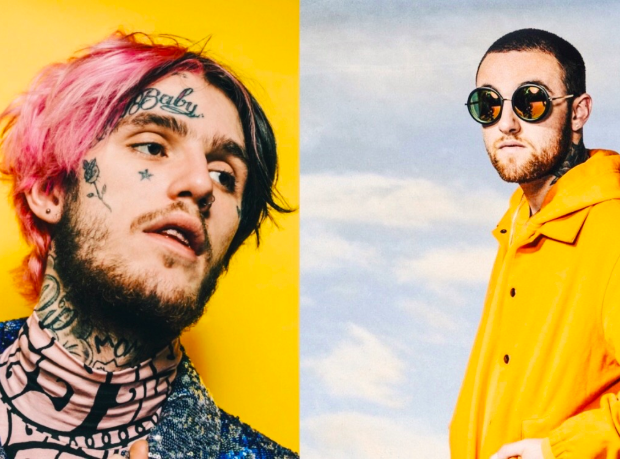 With the recent deaths of rappers Mac Miller and Lil Peep due to drug overdose, controversy regarding the relationship between substance abuse and the hip-hop community have resurfaced. The inclusion of drugs and alcohol in rap culture is not a new addition. However, rather than giving a realistic portrayal of the negative effects of drugs, drug use is increasingly glorified in the music industry. With the widespread popularization of such music, substance abuse, especially that of illicit and prescription drugs, has been somewhat normalized amongst the youth and further fuels the opioid crisis and drug addiction in the United States.

Since the beginnings of hip hop, rappers have depicted the lifestyle of a drug addict. “The Message” by Grandmaster Flash and the Furious Five which is largely known as the first conscious rap song, honestly portrays the use of crack cocaine in New York City in the 1970’s. Early artists who wrote songs about drugs were commonly attempting to portray the environments that surrounded them. However, drugs in hip-hop have transitioned into a period of glorification. In the 1990s there was a movement of “weed rap” popularized by rappers such as Snoop Dogg and Dr. Dre. Following this era, the early 2000s brought a wave of opioid, codeine, and Xanax glorification into mainstream hip-hop. The inclusion of opioids and codeine has continued into the modern era of rap and has normalized drug addiction in hip-hop.

Due to this normalization, the rap community neglects to address the dangers of substance abuse and fails to offer help to rappers struggling with addiction. Although many rappers have expressed their troubles with drugs and alcohol, few have gone to rehab, clinics, or addiction centers. It is quite disappointing that rappers are so often criticized for their substance abuse, while critics really should be talking about how depressing it is that a generation of artists are growing into drug addicts. For example, Lil Peep constantly expressed his pain and suffering in his music. He admitted that he had an opioid addiction, yet no one was concerned about his addiction until after he died. Peep’s death resulted in a movement of rappers such as Lil Uzi Vert and Lil Pump pledging sobriety, yet within a week, a majority of rappers were back to their drug habits. Hip-hop has taken strides to a more clean and sober genre, yet ultimately has continued to embrace the lifestyle of drugs and alcohol. Certain conscious rappers like Kendrick Lamar, Joey Bada$$, and Logic have all occasionally expressed negative opinions about drugs, demonstrating that not all rappers are embracing a lifestyle of substance abuse. This is most apparent in J. Cole’s latest album KOD. The album is an honest depiction of addiction, and he explains his struggles with these desires. Cole details the downfalls of a drug-fueled lifestyle and offers solutions to somebody struggling with addiction.

As music that glamorizes drug use has become increasingly prevalent on the top charts, there has been a visibly direct and negative impact on the behavior of American youth. A study by the Office of National Drug Control Policy revealed that listening to music is the “number one rated leisure time activity for American youth.” The same study analyzed popular rap music among adolescents, concluding that 47% of all rap/hip-hop songs mentioned alcohol. Of that 47%, “a positive attitude toward alcohol expressed in lyrics” increased from 43% in 1970-1989 to 73% in 1994-1997. As listening to music is something teens do so frequently, the messages of lyrics directed blasted in their ears are bound to affect them in some way. In fact, “Listening to rap music was significantly and positively associated with alcohol use, problematic alcohol use, illicit drug use, and aggressive behaviors when all other variables were controlled.”

This article is not a call to boycott rap, but rather suggests that we must look at rap through a certain lens. As rap fans, we have come to a point where we are consciously able to listen to the music and recognize what is a realistic portrayal of substance abuse and what is glorification. Going forward, the rap community should not be critical or judgemental of rappers that include drugs in their music. Instead, they should offer solutions and try to help these rappers who have an obvious problem. As rap listeners, we can do our part by supporting rappers like J. Cole or Logic who speak honestly about their struggles with addiction and condemn the widespread glorification of such harmful messages. Additionally, we should seek to pledge our support towards organizations that strive to provide addiction recovery treatments and actively work towards preventing drug addiction amongst youth at its source.