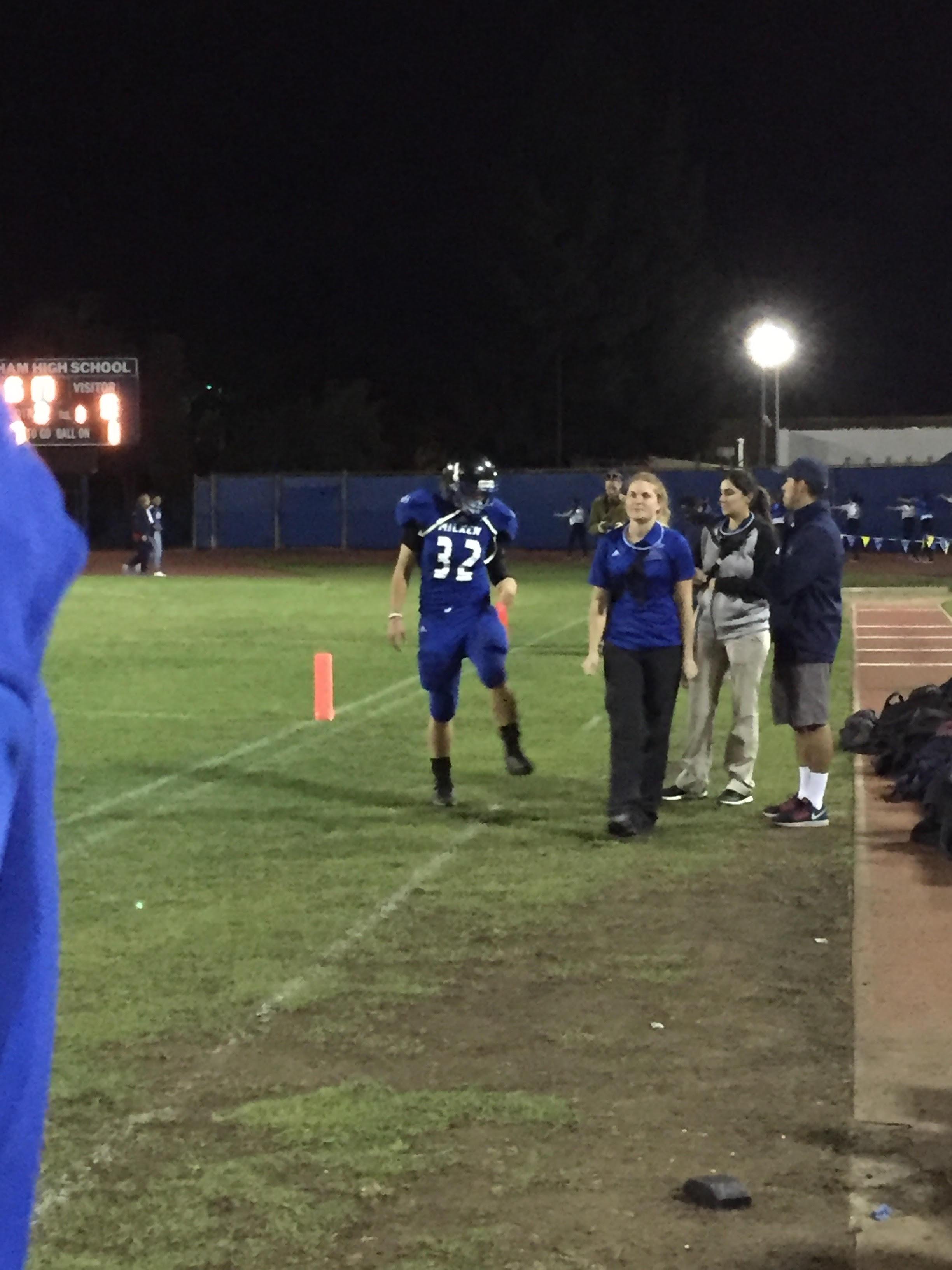 Concussions are synonymous with the sport of football. There is speculation that one of the reasons National Football League television ratings are down is due to their poor handling of concussions. However, the fall sports season at Milken has proven that the injuries are not only an issue in football. Both the football team and volleyball team have had multiple cases in the fall season. While the exact number, could not be disclosed because of medical privacy laws, Milken athletic trainer Smadar Bezalel said she was “surprised” by the number of volleyball brain injuries this year. The increase, Bezalel says, “proves that football gets a bad reputation when there is a danger for all athletes.”

The concussion protocol for Milken athletes is simple. If hit in the head, the athlete must be taken out of the game and or practice for the duration of the activity. They are then given a sheet that tracks their symptoms. Answers consistently in the 3-4 range mark a serious brain injury.

Athletes who suffer from concussions can miss up to a week of school. The injury prevents them from being able to concentrate and read, therefore students cannot work from home as they recover. According to a California Interscholastic Federation memo, students should be eased back into competition because “research studies show that a second blow before the brain has recovered can result in serious damage to the brain.” Therefore, a student must be scoring 0s and 1s on the graded worksheet before playing again. In the most severe cases, the CIF mandates that a return “should occur only with medical clearance from a medical doctor trained in the evaluation and management of concussions.”.

Evan Pearlman ‘19, was concussed his freshman year, but returned to the team and played a pivotal role in their season. He said “While my concussion was tough to recover from, I know that playing football is a lot of fun and playing another contact sport is still a risk.”

While most people associate concussions with football, this fall Milken’s training department has seen more concussions from outside of football. With soccer season coming up, the number of non-football concussions will continue to rise, but the stigmas of concussions in football will remain.