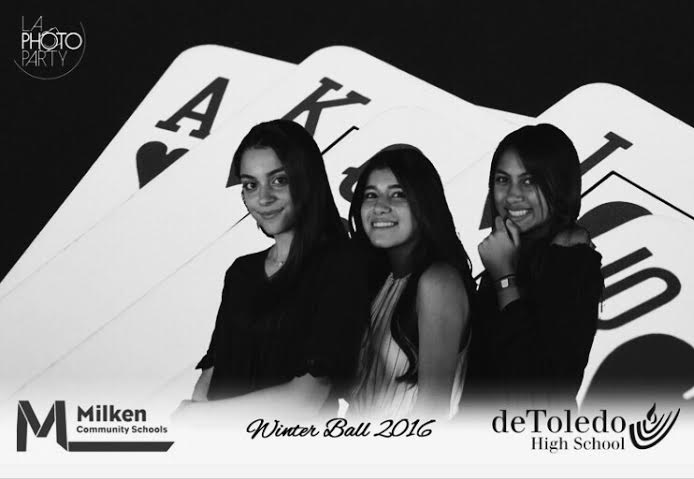 On Saturday, February 6th, Milken and de Toledo collaborated their Winter Formal. With the attendance of over 500 students between both schools, the collaboration was unanimously a huge success. The additions of a larger budget and more student leaders from both schools allowed student government to add some exciting new elements such as the food trucks. “There was a lot of positive energy and excitement in the planning process and I think that showed on the night of the dance,” Ms. Miller explains. “I stood by the exit as students left at the end of the night and I saw a steady stream of happy, smiling faces. That told me that it was a success!”

There were many things to love about this year’s Winter Formal from the decorations, music, food trucks, photo booth, and energetic atmosphere. The photo booths were especially a hit as there was a line the whole night of people excited to capture the moment with some memorable photos.

Overall, this year’s Winter Formal was a success. Not only did Ms. Miller mention that we will be collaborating with de Toledo, but Milken may work with de Toledo on other school events as well. It makes the experience so much more exciting and fun, while allowing Milken to make some new connections with other people. So raise your glass to many more great events with de Toledo!