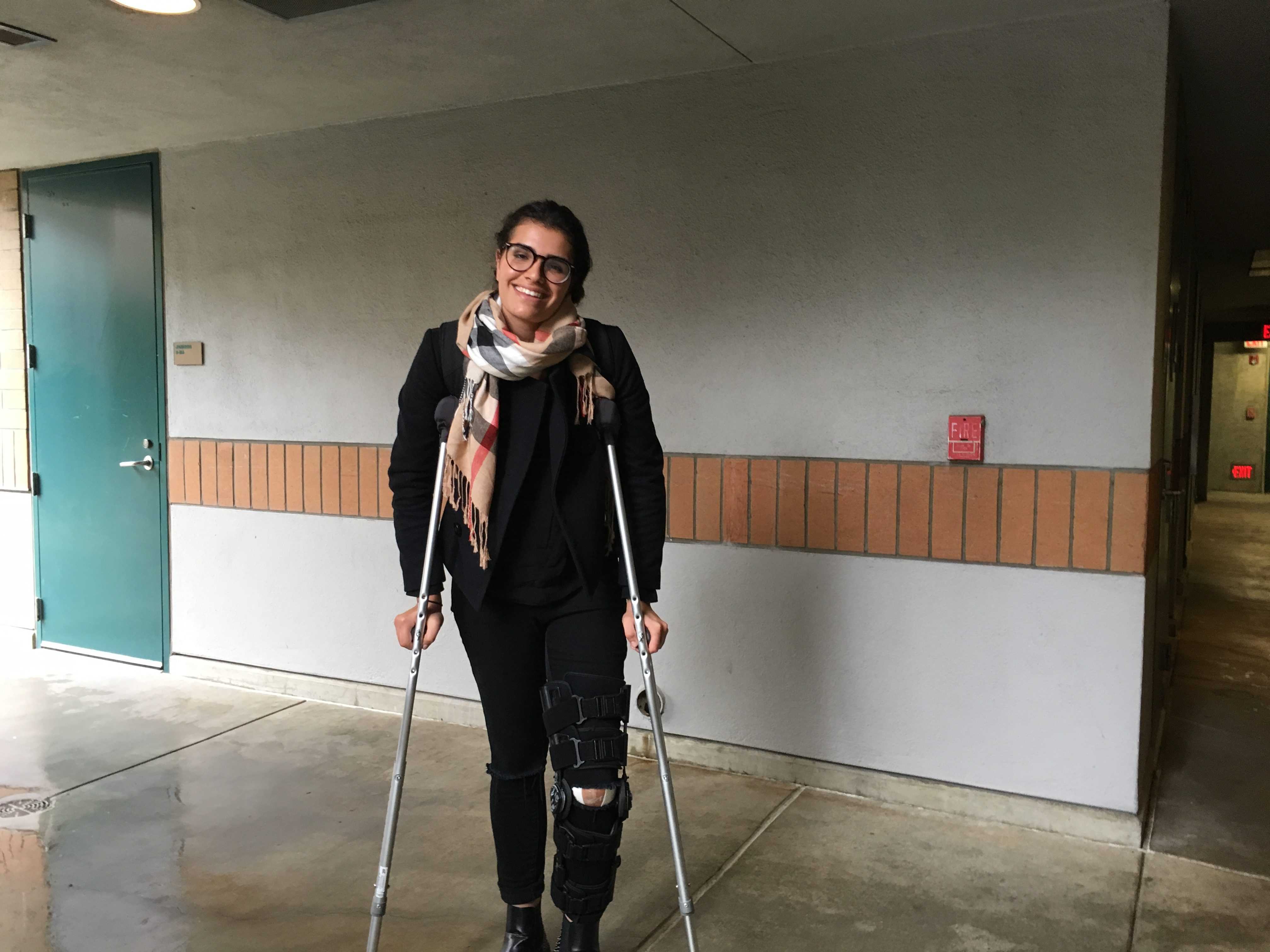 Milken senior, Celine Afari ’17, sat down with The Roar to talk about her recent absence on the court. Afari has been an athlete for the Milken Wildcats basketball team all four years of her high school career, and has only recently been missing in the game. Due to her newly torn ACL and MCL, Afari has been constrained to the sidelines, where she has been actively cheering for her team. Keep reading to find out how Afari injured herself and to learn more about her experience on the team.

How long have you been on the team?

This is my fourth year on Varsity. Overall, it has been an amazing experience. When Kaitlin Banafsheha and I first started playing for Ivy (Milken girls varsity basketball coach), we were the youngest players. To compare how we were then to how we are now, being the oldest players on the team is something really special. I see how much I’ve grown on and off the court and I realize how constant basketball has been for me over the years. I feel good knowing I can return the help on the court that I’ve received over the years.

How did you injure yourself?

I injured myself during our annual Milken tournament. It was the third day of the tournament and we were playing against YULA. I remember I stole the ball from their point guard and while it was rolling on the ground, their player and I were pushing each other to get it. That’s when I accidentally stepped on it. I lost my balance and both their player and I fell.

What is the injury and what happened after?

Afterwards, I had an MRI and found out that both my ACL and MCL were completely torn. During winter break, I had surgery on my MCL and in the next few weeks I’m having another surgery to repair my ACL. I also am currently doing physical therapy and am expected to be able to start working out again in the middle of February.

How has the team been doing without you?

They’re doing well! They’ve won half the games they’ve played since my injury and I know they’re working hard to qualify for CIF. I’m extremely lucky; my team has been really good about checking up on me and making me feel a part of the team.

How do you feel that this is your last year on the team?

Of course I am sad about not being able to finish my last year – especially after seeing the seniors in past years move on. But I think this injury made me really appreciate my previous years on the team. Everything about it: the parents, the players, Ivy and Danny, the teachers that would come and watch — even Sergio in the announcer box — somehow all created a basketball community. And although I am injured, I don’t feel like I am any less a part of this community. I definitely miss playing on the team, but I look forward to getting better and hopefully being able to play club or intramural in college.

What do you love about basketball?

I’ve always played basketball, it’s something I remember doing since the first grade. Throughout the years I have played on numerous teams and met many different people, but I think the main thing I love about basketball is that it is both team based and individual. There’s a sense of trusting yourself but also trusting your teammates to the sport which make it really unique. Like when you are defending someone, you feel like it’s just you and them playing one-on-one; but in the instances that you are a step behind, your teammates step up to help you out. Also, I love how it brings people together. It is a rare opportunity that I am able to be on a team with the majority of the players being the same people I grew up playing BHBL (Beverly Hills Basketball League) with.

How’s having Coach Ivy as your coach?

Ivy is one of a kind. She’s taught us how to fight for our passions and the value of unity. She’s pushed us physically and mentally to become better players and I feel as though I am a much stronger individual for playing on her team. I think that as constant as basketball was for me in past years, Ivy was as well. There’s a feeling of familiarity playing for her that I think pushes me to improve.