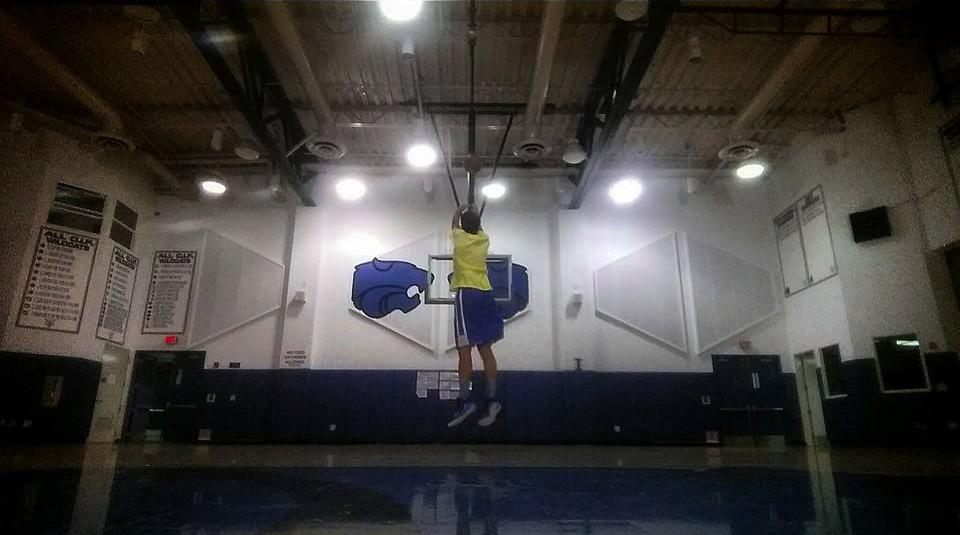 Milken’s Boys Varsity Basketball team recently concluded what most believe to be the greatest sports season in our school’s history. Not only did the team win the Liberty League title, but most notably, the CIF division 4A championship as well. When the playoffs began, students, faculty and parents began to rally behind this group of talented players. Among these supporters was Tamir Saban, a former Milken varsity basketball team member. In 2015, Saban joined the Milken community and instantly became a fan favorite on the basketball team. Saban led the team in average points per game during the 2015-2016 season. With fellow sophomore teammates Amitai Afenjar ‘18 and Aaron Harouni ‘18 joining him on the varsity team, the future looked bright for Milken basketball. However, Tamir’s outstanding skills opened new opportunities for him to advance his high school basketball career.

The following year (2016-2017), Saban transferred to Crossroads School located in Santa Monica. This basketball season, Saban got the opportunity to play with the likes of junior Shareef O’neal, son of NBA legend Shaquille O’neal, as well as Arizona commit Ira Lee. The Roar sat down with Tamir to discuss the process of switching schools and how far he has gone since he first started at Milken back in late 2015.

How has the transferring process been to Crossroads?

“It’s been great. People here are really nice and welcoming. Of course at the start it wasn’t easy, like any new transition, but overall, it has been a great process. I’m glad to say that I have made great friends at both Milken and Crossroads so far.”

“The biggest difference was probably the precision and speed of the game at Crossroads. During practice, everything must be precise. The level of performance is very important here, especially because there are many photographers who come to our practices and games, and they film every step we take. We also have a much bigger coaching staff who analyze every move we make to help us perform at a higher level. Even before the game, Coach brings us videos of our opponents so that when we come to the game, we know them and we are not surprised by anything.”

What do you miss most about Milken?

“I miss plenty of stuff from Milken: my friends, teachers and just the Jewish community and atmosphere of the school. I’m glad I got to experience going to school at Milken because I wouldn’t be the same person I am now without the time I spent there.”

How have you grown as a player from 10th to 11th grade?

“I feel that I have improved and grown in every aspect of my game. Shooting, passing, ball handling and most of all, my ability to see the floor better. It’s been a great process of improvement and learning, but I have plenty more work ahead of me.”

Have you heard about Milken’s recent success including a league championship and CIF playoff run? If so what is you reaction?

“Yeah, of course! I came and supported a few games this year too. The atmosphere was insane! The team really gave it their all! I am happy Milken won CIF and gave the school something to cheer about and have spirit for. I was definitely a fan just like every other student who attended the games, but I also feel a connection with everyone on the team and it made me so much more ecstatic and excited when they came out with the CIF championship.”