On a Wednesday afternoon, members of Milken’s own Israeli Dance Company graced the stage in front of a fully packed theatre for the Israeli Dance Showcase. A melting pot of cultural, historic, and artistic influences, the performance stood out from other arts-related events featured at the school. The unique quality of the show was apparent from the very beginning as the soft yet compelling song, Lashoov Habaita, was matched with the equally captivating, fluid, and contemporary style choreography of the dancers. The intricate dance was nicely juxtaposed with Maya Beesley’s stripped down, vocal, ukulele rendition of the hit song “Shallow,” which followed. As the show continued, it took the audience on an artistic journey. The songs ranged from Neta’s upbeat pop song, “Toy” to the avant-garde and eclectic sounding “Orayta” sung in the antiquated Ladino language. And of course, dances to classic Israeli songs such as “Am Yisrael Chai” were featured as well. Each dance was also accompanied with corresponding costumes which complemented the feel of the piece. Transitions were kept interesting with video presentations as well and powerful Hebrew ballads delivered by Eliyah Stern (‘21) and Abby Yadegar (‘20). As spectator Melody Cohen put it, “the choreography of the dances really corresponded with the songs, the feeling that each gives you, and the idea it represents.” The impact on the audience was very apparent. Loud applause, whistles, and standing ovations followed almost every piece. 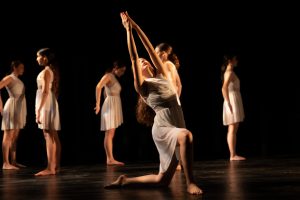 David Dassa, the founder of the Company and current coach of the team, sat down with The Roar to give some insight about the show and the origins of the team. “This is our 16th season as a Milken team and our 13th show. When we first started, it was only kids who folk danced so we didn’t have enough material for a full show, but once there were some more high-level dancers, I started incorporating more styles of dance and putting on the shows.” Today, the team consists of twelve high school and middle school dancers, most of whom are Milken students. The team practices five hours a week, year-round and has earned its stripes performing at Homecoming, town meetings, and even during the Clippers’ halftime show.

That being said, such success does not come easily. Interestingly, the team only had two days of rehearsals to culminate all of the different elements and dances that have been in preparation for the whole year into one seamless show. Dassa elaborates, “We really only spent two days and then we put on our show. My head has prepared them from the very beginning and because of the work being done in the studio all throughout the year, I know that in two days we can put on the show.” As for the inspiration of the show, Dassa shares, “Our inspiration is always to show Israeli dance in all kinds of ways and to feature a variety of styles of dance and styles of Israeli music.” 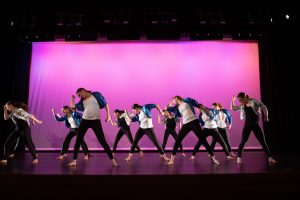 There would not be a show if not for the array of talented dancers such as Celine Behnam (‘21): “I think that we have a really high-level dance team for a high school. This is especially due to the fact that we have the privilege of learning from multiple different choreographers who usually teach above the high school level.” Behnam adds, “One of my favorite parts of the show was that two of my teammates and I were able to create our own original piece. That was one of my favorite parts leading up to the show because we were able to showcase our own choreography.” Perhaps the team’s own Eden Sweet (‘22),  a member of the team since middle school, summed it up best: “The fact that we, as a company, were able to touch so many people through movement, is extremely powerful.”