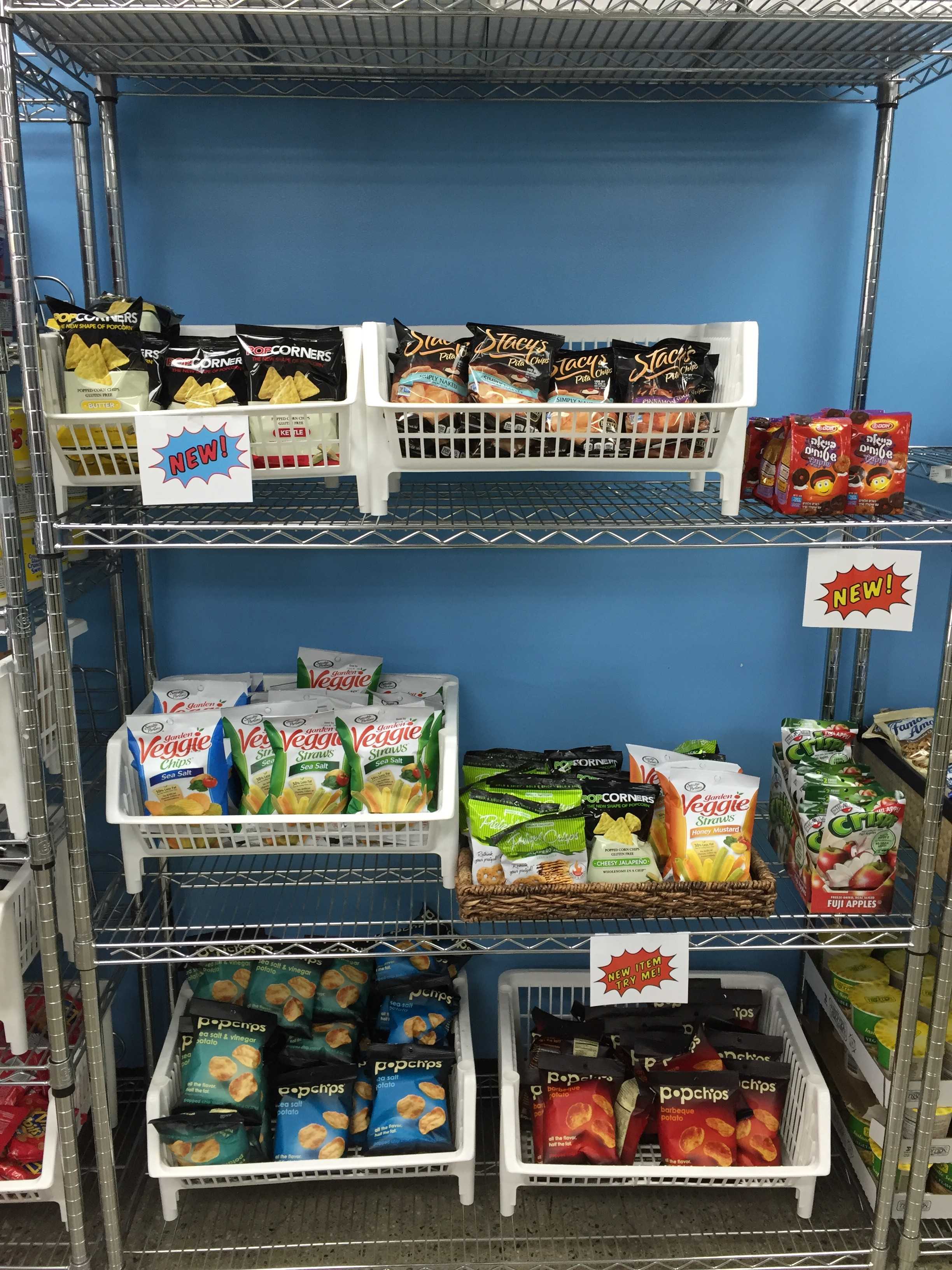 As we start off the New Year, the Milken Mart will be adding healthier options to create a larger variety for students. First off, the mart will be adding new gluten free and dairy free products to fit the dietary needs of the community. There are new yogurts, almonds, and protein drinks which Orloff says, “are great grab and go snacks, especially for athletes”.

Other healthy alternatives for students will include the addition of whole wheat bagels to the regular repertoire. Also, it is important to note that the Milken Mart will no longer be carrying microwave popcorn brands because of the unhealthy chemicals that they use when creating their synthetic butter for the popcorn. However, the Milken Mart will still have bagged popcorn as it is one of the Mart’s more fast selling and high demand products.. The Mart has ordered smaller portion sizes of the Otis Spunkmeyer muffins, but now the muffins will cost less. It is very important to note that the mart will still be selling the items that Milken Students love like sushi, Milken Cookies, and “It’s-It” Ice cream sandwiches, but there will now be more healthy options for students to choose.

Along with healthier items, the Milken Mart has brand new vendors. One of their new vendors is Emuna Glatt Kosher. They specialize in parve kosher packaged food, and offer freshly prepared pastas, salads, and tuna sandwiches. Other vendors are now providing vegetable soup and brisket sandwiches, and the Milken Mart will also be selling edamame along with their regular sushi items.

The Milken Mart itself will be going through multiple changes as well. A brand new website will be launching in hopes that the new site will be easier to navigate and easier to order online from. More clothing and Milken merchandise will also be sold in the Mart. Ms. Orloff has begun to play music in the Milken Mart, making it a more lively and fun place to be. When asked about these new changes Ms. Orloff said, “I am very excited about the new changes to the Milken Mart. We could not have done it without Fern Dubow and Mrs. Sheila Goldman”.

Mrs. Goldman also wanted Milken Students to know that, “We really value Milken Students opinions and we want to hear feedback and what we should do differently in the Mart.” If you have any comments or questions about the new changes to the Milken Mart you are encouraged to talk to Leigh Orloff.