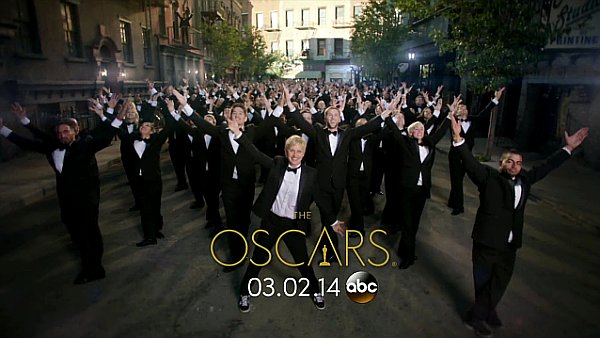 It has been over a week since the 2014 Oscars aired on ABC and though the hype has died down, here’s a recap some of the best (and worst) moments from the Academy Awards:

Ellen Degeneres hosted the Oscars last Sunday with a much better approach than the controversial Seth MacFarlane had at last year’s Oscars. Ellen impressed the audiences in the Dolby Theater and at home with her satirical humor, pleasant demeanor, and utilization of improv and unexpected surprises (i.e. ordering pizza). With 43.74 million viewers, Sunday’s Academy Awards was marked as the most watched Oscars ceremony since 2000, which is partially due to Ellen’s appearance. In addition, Ellen’s infamous celebrity selfie that took place during the ceremony made for the most tweeted post on Twitter and practically crashed the social media website.

The rest of the evening was also filled with glamorous award presenters, electric musical performances, and even a few kooky moments. My favorite parts were especially the music performances of the Best Original Song nominees. Although U2’s “Ordinary Love” from Mandela: Long Walk to Freedom was a little bland, I did enjoy Pharrell’s lively number for the aptly titled “Happy” from Despicable Me 2, Karen O and Ezra Koenig’s understated but beautiful love ballad “The Moon Song” from Her, and Idina Menzel’s powerhouse singing on “Let It Go,” from Frozen. Speaking of which, one of the most awkward and bizarre moments of the Oscars came right before Menzel’s performance, when presenter John Travolta mispronounced the Wicked singer’s name as “Adele Dazeem.” Though that bit caused instant ridicule and criticism, it also ignited a plethora of memes online and even a name generator “#TravoltifyYourName,” creating yet another Oscars moment through social media.

Perhaps the most feats achieved that night were the award wins. Gravity, the epic space thriller starring Sandra Bullock, won the most awards (7). Gravity director Alfonso Cuarón also became the first Mexican director to win the prestigious Best Director award at the Oscars. Though Gravity won the most accolades, it was Steve McQueen who scored big on Oscars night when his breathtaking historical film 12 Years a Slave won Best Picture. I was surprised to see that American Hustle, which held the most nominations of the night (10), received zero wins. Other Best Picture nominees bereft of award wins also included The Wolf of Wall Street, Nebraska, Captain Phillips, and Philomena.

Though most of my predictions of the award were fairly accurate, it was still exciting to see the tension build up to that fateful moment when the presenter utters the phrase, “And the Oscar goes to…” I’d have to say that Ellen definitely brought forth the energy, effort, and spirit of an Oscar host to the ceremony, something that has been somewhat neglected in the past (i.e. 2011’s disastrous hosts Anne Hathaway and James Franco). Even though there were some boring parts to the show, such as the lengthy, unnecessary “Superhero” montages or Bette Midler’s uncomfortable performance after the In Memoriam segment, next year’s Oscars will hopefully be just as good as this year’s, if not better.