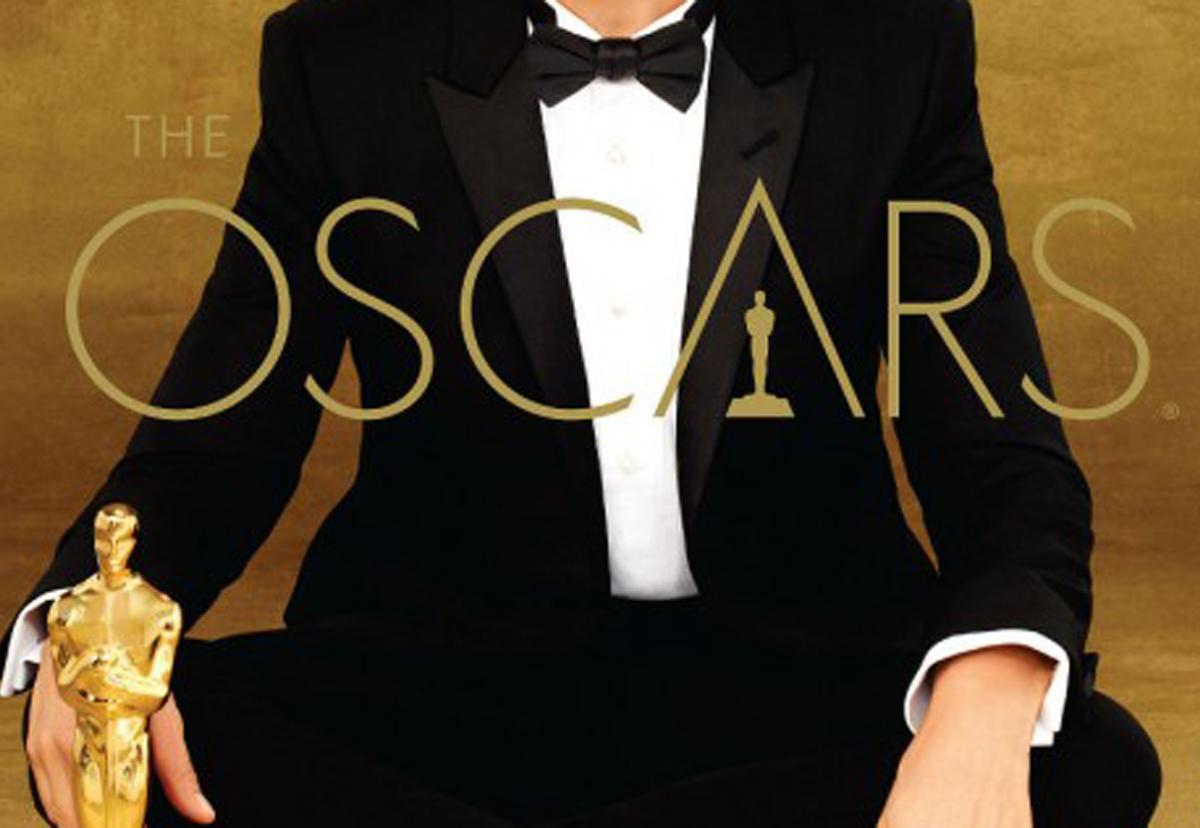 Unlike last year’s Oscars, this Sunday’s Academy Awards will feature an extremely tight race for each category. Since almost every nominated film and performance has received widespread acclaim from critics, commercial success, and several accolades, it will be hard to determine who deserves the golden trophy. Here is my list of which Oscar nominees will win and which deserve to win:

The Wolf of Wall Street

Who will win: 12 Years a Slave. Due to the powerful acting, authentic storytelling, and emotionally brutal message about the horrors of slavery, 12 Years a Slave seems like a sure winner. It’s arguably the most critically acclaimed film of 2013, having been featured at number one on several Top 10 end of the year lists.

Who should win: Her. This postmodernist, oddball love story about a man who falls in love with a operating system is funny, heartfelt, thought-provoking, and melancholic — sometimes all at the same time. Spike Jonze’s incredibly creative depiction of a futuristic, technologically advanced world propels Her as a film that not only poses challenging questions about modern relationships, but succeeds in sharing a story worth telling (and awarding).

Who will and should win: Alfonso Cuarón. One of the many reasons why the epic space drama Gravity was a huge success was because of Cuarón’s intimate and unique direction. Already with a history of visually spectacular films, Cuarón’s expertise in bringing liveliness and emotional depth into his characters, as well as his distinctive use of camera angles, never ceases to amaze. Although the other Best Director nominees also do great jobs with their films, Cuarón has a much better chance in winning, after having won the Best Director award from both the BAFTAs and the Golden Globes.

Who will win: Matthew McConaughey. 2013 was definitely a big year for McConaughey, whose last few years of acting have unfortunately included starring in tedious romantic comedies. McConaughey has had a few dramatic roles in the past, but his outstanding breakthrough in this year’s Best Picture nominee, Dallas Buyers Club, proves that McConaughey is a force to be reckoned with.

Who should win: Leonardo DiCaprio. After several notable snubs at the Oscars, including last year’s stunning performance in Django Unchained, it seems only fair that DiCaprio be redeemed for what is most likely the biggest acting performance of his career in The Wolf of Wall Street. Being the unconventional and brilliant actor that he is, DiCaprio embodied the unbelievably vulgar hedonism of infamous corporate crook Jordan Belfort with such panache and passion that only very few actors possess.

Who will win: Cate Blanchett. The 44-year-old British actress has received universal praise from critics and audiences for her role as a mentally deteriorating Manhattan socialite in Woody Allen’s Blue Jasmine. Most critics have cited Blanchett’s devastating performance as one of the best in her career and having already received numerous accolades for the role, it seems probable that Blanchett will garner yet another win at the Oscars.

Who should win: Amy Adams. After starring in a string of critically successful films, the 39-year-old actress’ acting prowess continues to shine in her role as a con artist posing as an attractive British saleswoman in American Hustle. This is perhaps Adams’ most compelling dramatic performance since 2008’s Doubt or 2012’s The Master. However, inAmerican Hustle, Adams proves that she can take on a leading role just as well as a supporting role.

Who should and will win: Jared Leto. It seemed rather odd that out of all the best performances of the year, Leto’s was the most striking and puzzling. Having only acted in a few movies, Leto’s career as a dramatic performer didn’t really seem “Oscar-worthy.” But after having seen Dallas Buyers Club, it’s clear that Leto’s fierce commitment to playing the role of an AIDS-stricken transgender drug addict was quite frankly a brave move to make. And boy, did it pay off. 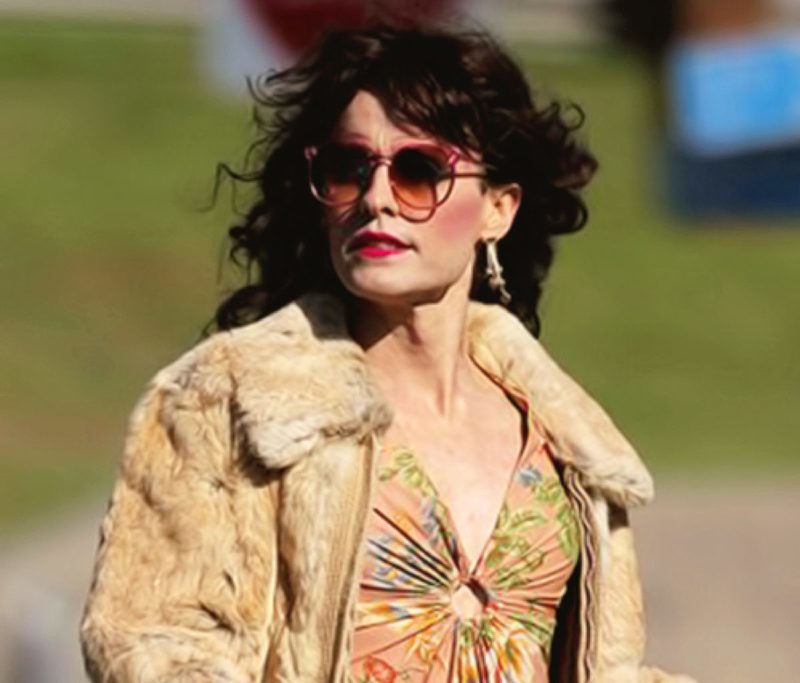 Who will win: Jennifer Lawrence. If anyone in American Hustle were to receive an acting award, it would most likely be Lawrence. Only having joined the Hollywood scene three years ago, Lawrence has become one of the most influential and well-liked actresses in the film industry. Last year, Lawrence became the second youngest actress to win Best Actress for another David O. Russell film, Silver Linings Playbook. Now, after having won a series of awards for American Hustle, Lawrence’s odds of winning are definitely in her favor.

Who should win: Lupita Nyong’o. The 30-year-old up-and-coming actress gave one of the most heartbreaking and stunning performances of 2013 and has already a fan and critical favorite. She rose above the ranks of Hollywood actresses with her heartbreaking debut in 12 Years a Slave and considering that Lawrence, a then-unknown as well, has received several Oscar noms, Nyong’o should be given a chance to receive an Oscar this time around.

Who should and will win: Her. Spike Jonze not only directed Her, but wrote it, making it his first solo screenplay ever. With that in mind, Jonze’s work clearly exhibits his fascinating creativity and innovation for making Her. Compared to the rest of the nominees, the plot and message behind Her ties a simple and intriguing story with a plethora of emotionally complex undertones and ubiquitous notions about the world we live in. And the amazing thing about this: it’s all from the mind of one person. If that doesn’t strike as “original,” I don’t know what does.

Who will win: 12 Years a Slave. Director Steve McQueen helped redefine the historical film genre with 12 Years a Slave, but the true story behind it is really what makes this movie so haunting. The story’s basis derives from the 1853 memoir, written by the film’s protagonist Solomon Northup (played by Chiwetel Ejiofor). Northup was an African-American man born free, until he was kidnapped, sold in slavery, and kept in bondage for 12 years in Louisiana. McQueen’s depiction of the film has not only captured the horrific agony Northup went through, but retained the memoir’s essence.

Who should and will win: Frozen. Even though it’s clear that Frozen will win, that doesn’t go without explaining why it should win. Aside from its growing cult following and commercial success, Frozen incorporates spectacular, crisp-clear visual effects, infectious sing-along songs, and a surprisingly in-depth premise that kids, teens, and adults can relate to. Disney has always attained a reputation for producing likable animated films, but Frozen is much more than a likable film. Years from now, people will most likely be comparing Frozen with movies from the Disney Renaissance era, such asBeauty and the Beast and The Lion King.

Her – William Butler and Owen Pallett

Who will win: Gravity. Price’s impeccable score for Gravity effectively separates the film from being just a simple-minded explosion fest. From epic, groundbreaking synthesizers to suspenseful string orchestras to chilling piano melodies, the score for Gravity not only makes the story sound more exciting, but also equates to the emotional and psychological themes and wondrous visuals of the film. It has also proven to be a success with both critics and audiences, making it more possible for a win at the Oscars.

Who should win: Her. Arcade Fire’s Will Butler and composer Owen Pallett have developed one of the most underrated and compelling scores in recent film history. Matching Her’s lovelorn characters and futuristic setting, the score for Heris a revelation beyond measure. Filled with buzzy synths, enchanting piano riffs, and riveting orchestral elements, Butler and Pallett’s masterful score is an integral piece to Her, as well as the rest of modern musical compositions in film.

“Happy” from Despicable Me 2 – Pharrell Williams

“The Moon Song” from Her – Karen Orzolek and Spike Jonze

“Ordinary Love” from Mandela: Long Walk to Freedom –U2

Who will win: “Let It Go.” A ballad beloved by Frozen fans and critics, “Let It Go” has been noted not only as a comeback for singer Idina Menzel, but as one of Disney’s greatest songs. Even though most consider to be the best song from Frozen, I believe that Frozen’s other fantastic songs, including “Love is an Open Door” or “For the First Time in Forever,” also deserve some merit.

Who should win: “The Moon Song.” A dazzling love ballad that can also be sentimental to a fault, “The Moon Song” is a lovely addition to Her’s already enjoyable musical palette. Incorporating lovely guitar riffs and nonchalant singing from Yeah Yeah Yeahs singer Karen O, “The Moon Song” should be given more of a chance in the Best Song category.

What are you predictions? Comment below and then tune into the Academy Awards on Sunday at 5 pm on ABC.